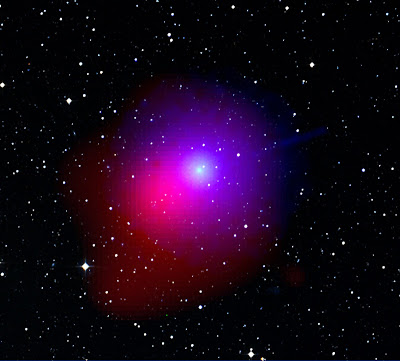 there's a big cloud of atomic gas around the comet. when streams of particles from the sun, called solar wind, react with the comets extended gas, they emit x-ray light! as far as i know, this is the first view of a comet with such a range of wavelengths!

Thanks for linking to us! We were really happy with how the images turned out.