despite the heat of the southern hemisphere, i'm starting to get in to the holiday mood thanks to this lovely photo by Joni Niemela. 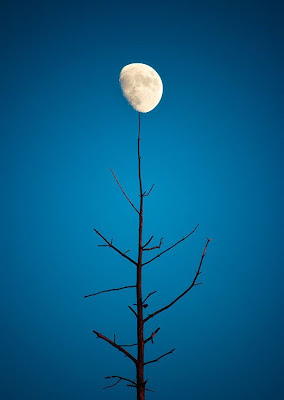 two astronomers walk into a bar...

i went to a favorite pub in sydney a few weeks ago with some non-astronomer friends, who started making fun of me immediately when i arrived, because i was wearing my star wars t-shirt. i defended myself, in vain.

when it was my round for drinks, i went up to the bar with one of these friends so we could decide what kind of beer we wanted. while in the queue, i thought maybe i recognized the silhouette of someone there. sure enough, despite the hundreds of bars in sydney, there were a few astronomers at the pub who happened to be attending a conference in sydney that week.

i walked up, tapped an astronomer friend on the shoulder, and when he turned around i happily pointed out that he was also wearing a star wars t-shirt :) 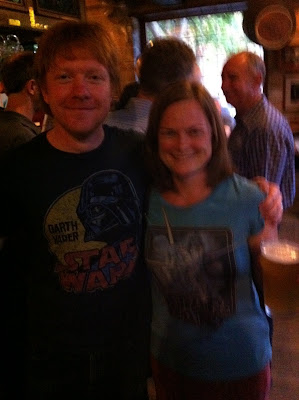 i'm not sure if that actually helped my case, but i felt somehow vindicated!
3 comments:

i'd like to tell you that when i go out with physicists, this isnt a tough problem, but that would be a lie ;) 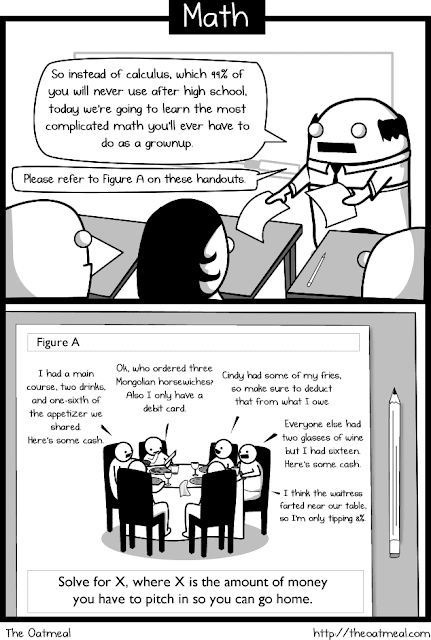 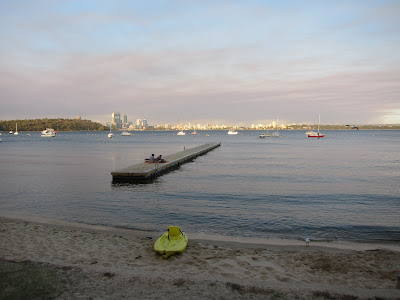 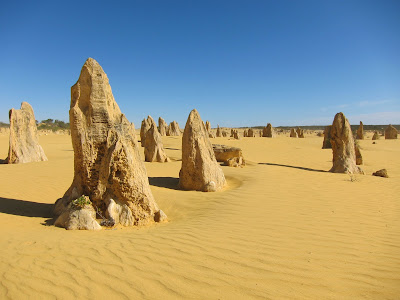 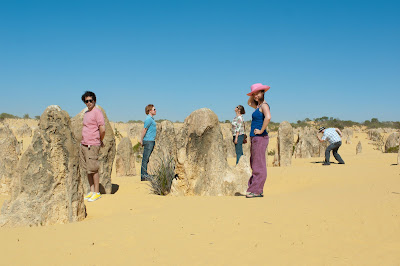 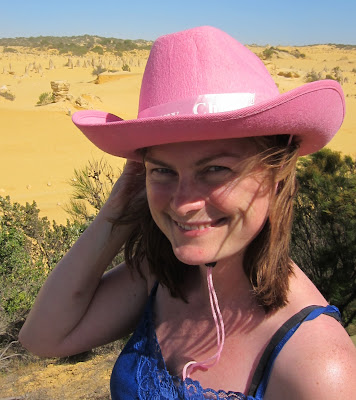 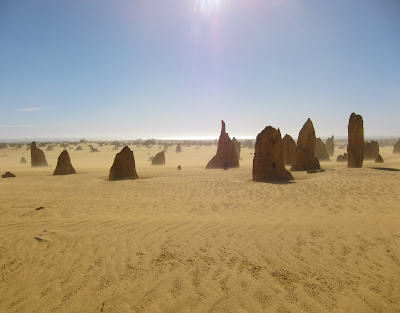 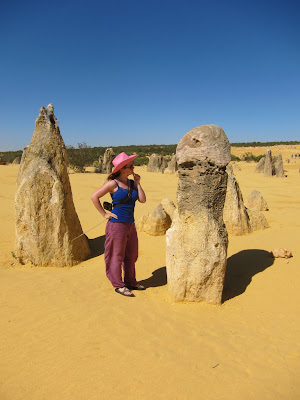 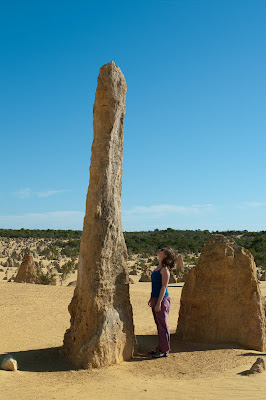 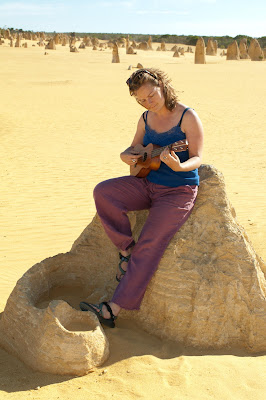 a couple months ago, brady visited australia to shoot some footage for the periodic table of videos, a new project called deep sky videos and our old favorite, sixty symbols. in this new sixty symbols video, i get to explain all about my favorite celestial objects visible in the southern hemisphere!

one thing that this video reminds me is that i start talking really, really quickly when i get excited!

there is some extra footage available to watch if you want to know a bit more!

not a bad way to spend a morning... especially where there is a BBQ to look forward to in the afternoon! :) 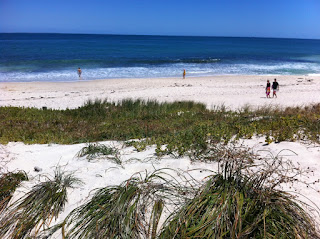 the sky over the anglo-australian telescope

an astronomy colleague of mine, Dr Ángel López-Sánchez, recently created a nice time-lapse film of images he collected while observing at the Siding Spring in Australia, where the Australian Astronomical Telescope sits.

he recorded some of the scenes while i was out observing with him, and i always worried that maybe the kangaroos would knock over his camera equipment as it sat clicking away throughout the long nights. apparently enough footage survived, because this video is great!


other scenes from siding spring:

it's a wee bit out of my price range, but the pillars of creation quilt created by jimmy mcbride on etsy is incredible! 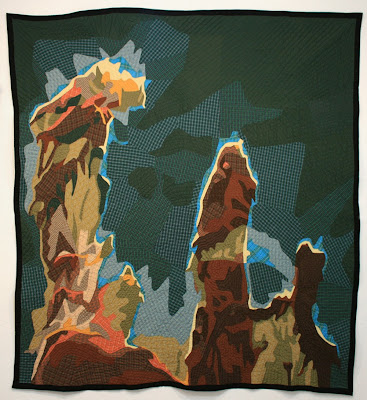 is anyone else participating in this year's movember charity campaign? 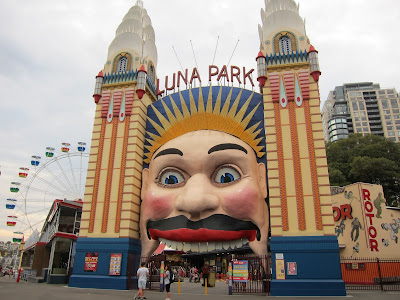 the entrance of luna park on sydney's harbour is through the mouth of this slightly creepy old clown, who usually isnt sporting a mo. 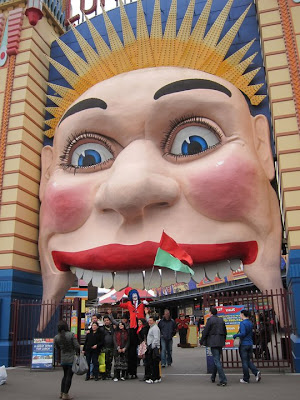 my favorite times are when the clown on stilts comes out to floss the big clown's huge teeth :)
1 comment:

breathtaking. every time i watch...

i like the arrangement of these stormy night photos done by artist cassandra jones. 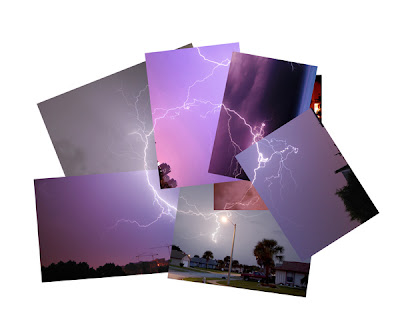 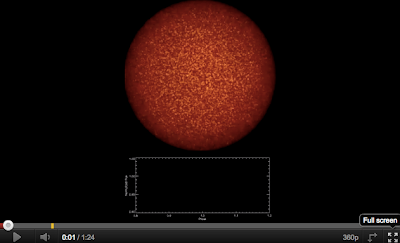 during my train rides to and from work over the last week, i've been reading patti smith's memoir just kids.

she's a rock star poet. there are some incredibly memorable sentences throughout the book that have made me sit back and reflect - not about their meaning so much as the harmonious and clever way they are put together. this quote isnt from her book (that i've seen yet), but i saw it on the vast internets today: 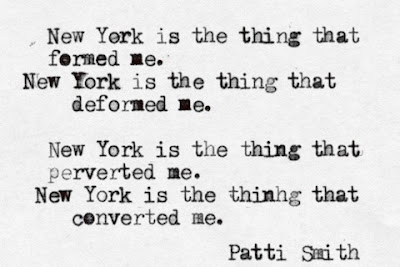 i was lucky enough to see her perform during a book tour in england a couple years ago. i bought the book at the show after listening to her read a few passages, but i had to put it down the first time i tried reading it. she does a lot of name-dropping throughout, which is simultaneously fascinating and annoying, and a lot of the book focuses on her relationship with robert mapplethorpe. i couldnt take it at first.

but this time around i'm really enjoying her poetic phrases and i've been listening to more of her music as well. i love her passion and attitude.

here's a video of one of my favorite songs of hers, dancing barefoot. randomly, this is a version performed live with eddie vedder and johnny depp. it's a great version, aside from the person singing along during the choruses...

my plan for the evening ;) 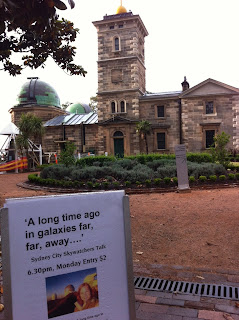 maybe one day I'll think of a new title for a public talk, but I just like this one!
No comments:

a year in oz

we had a few people over this weekend to celebrate the fact that my flatmate and i both moved to sydney one year ago. time flies swiftly, and creeps along, simultaneously.

we had fun creating the spread, and a friend brought incredible flowers! 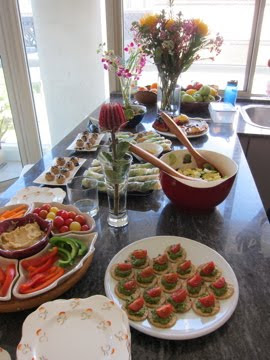 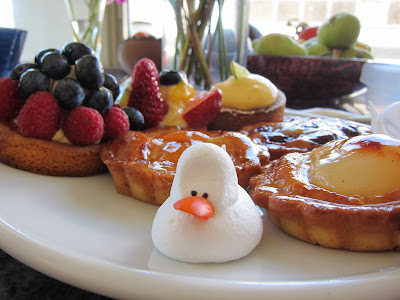 inspired by recent travels, i attempted to make a matcha and adzuki bean (green tea and sweet red bean) cake roll! it was my first attempt at the roll thing and i'm amazed it rolled up without any major cracks! overall i was pleased with how it turned out. the cake was a bit dry, but the flavours were nice and the colours were great! 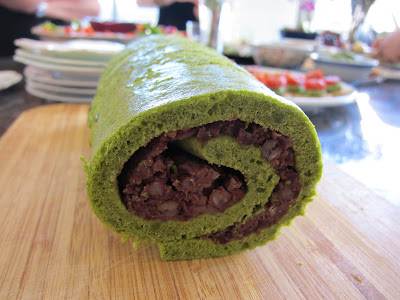 i managed enough nerve to sing a few original songs for the very friendly audience. i should play in front of people more often. i can stand up and talk about science in front of an audience of hundreds without feeling as nervous as i felt playing live music in my own living room. 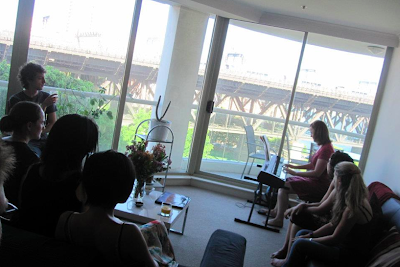 the sun treated us to a nice end to the lovely day. 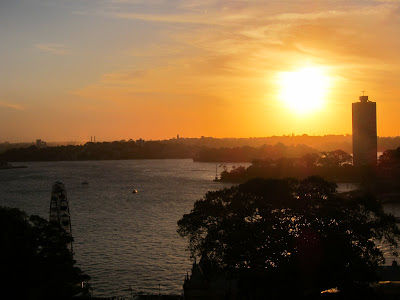 it has been a good year here in sydney. took a while to get settled, but i feel at home now. it helps that the city is so ridiculously beautiful, i found a good person to live with, and our (mold-less) flat is a pleasant place to be :)
2 comments:

stealing candy from a baby

the challenge from jimmy kimmel was for parents to tell their kids that they ate all their halloween candy... and record the responses! the experiment sounded cruel and unusual to me so i very reluctantly watched the video, but the resulting footage is surprisingly funny!

at both halloween and easter, i had strategies laid out for how i would consume my candy, mixing the favorites with the okays in a very specific way so that i could trade with my sisters and enjoy the flavours, until all the candy was gone. this process would usually last for a week or so.

i totally would have cried if my parents (or anyone) had taken such sweet satisfaction away from me, but i think i never realized it until i watched these poor kids. there is a lot of anticipation and gratification surrounding the full candy acquisition and consumption experience!
3 comments:

this pleasantly frustrating statistics question was recently seen on a chalkboard somewhere: 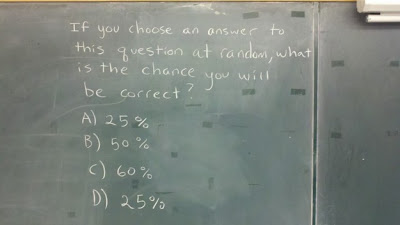 from the creator of sixty symbols, brady haran, comes a new video project and youtube channel called Deep Sky Videos, which is a collection of videos about objects in the night sky!

you'll see at least one familiar face in this preview ;)