get ready for an event that won't happen again for over 100 years!   on june 5th (or 6th, if youre in australasia), venus will pass directly in front of the sun, from our perspective on earth, in a phenomenon we call a transit.

the good news is that the several-hour event will be visible to most places on earth!

there is no bad news, really, except that you cannot look directly at the event without some sort of eye protection!   if you have no solar filter for your telescope or solar viewing glasses, there are still many ways you can view the transit safely.  try projecting the sun's image thru binoculars or making a simple pinhole camera by poking a hole in paper and projecting the image!   you'll see the dark silouette of venus slowly move across the sun using these techniques!

you can read lots of information at this website: http://www.transitofvenus.org/ or from NASA.


since photographic instrumentation has improved since the last transit of venus in 2004, i'm expecting some spectacular photos to result from this event.   but really, there's no substitute for timing, as demonstrated by this incredible photo from 2004 by tomas maruska, who captured venus and the international space station simultaneously passing in front of the sun! 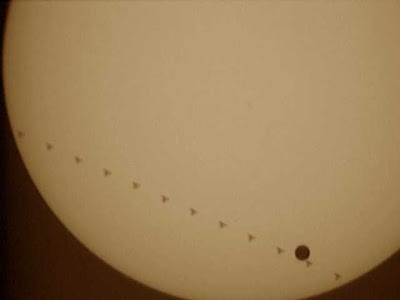 anyway, enjoy the event, keep your eyes safe, and share any photos you take!
3 comments:

please, forget me not.

taking a few moments today (my birthday!) to remember people who have meant the most to me.

here is a very nice video from the royal observatory greenwich in london explaining how you measure the universe, "from the transit of venus to the edge of the cosmos."  the video features the voice of a friend of mine... can you identify her accent?

love this capture by brooke pennington. 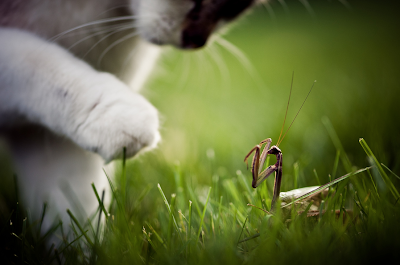 i dont really care for the song all that much, but this stop-motion music video by delta heavy is great! it makes me want to play all the boardgames i played growing up...

the problem with expectations

where i want to go:

this is my favourite photo so far of yesterday's annular solar eclipse.   it was taken aboard the international space station. 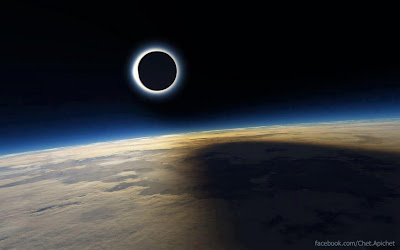 (UPDATE: fairly sure the above image is a creation of digital art, similar to this one.   still gorgeous as art though... )

i also love this one.   isn't shanghai a crazy-looking city?!?

spotted at a colleague's new place of employment (a university in europe): 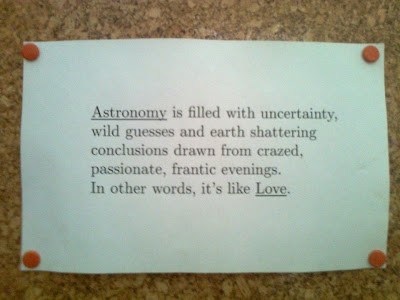 a few weeks ago, we held the inaugural "astounding stories of super science" symposium in hobart, tasmania, the australian island-state off the south east coast.  a nice venue for a meeting! 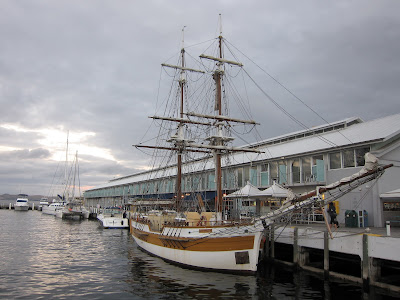 under the super science initiative, the australian government funded a one-off program sponsoring 100 young research fellows across three branches of science: space and astronomy, marine and climate, future industries.  as far as i can tell, this initiative is unique among countries around the world and i feel very lucky to take part!

the research topics among the space science and astronomy super science fellows cover a wide range of topics, from observing the most distant galaxies in the universe, to measuring the shape of earth's surface.   because of this diversity, some of us supers decided it would be a good idea to get together, meet, share our research with each other, network, see a new place in the world, and generally enjoy our science and our fantastic titles!

while organizing the symposium, we discovered an old science fiction magazine from the 1930s called astounding stories of super science, and our inspiration was found! 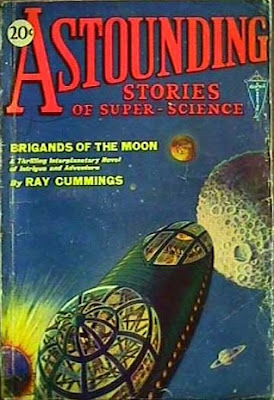 twenty-three super science fellows from astronomy and space science attended the symposium, along with a smattering of other astronomers from around australia.

the symposium was officially opened by His Excellency The Honourable Peter Underwood AC, Governor of Tasmania (yes, the full title is required), who invited us to and evening at the government house! 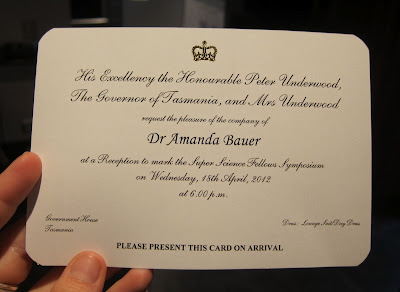 it was a fancy event and we queued to be properly introduced to the governor one by one as we entered the estate. 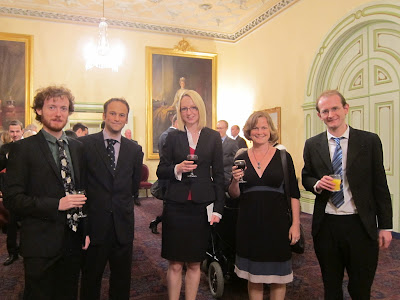 he graciously and enthusiastically talked to each of us in turn.  when i commented to him that i thoroughly enjoyed the title of super science fellow and had a cape to go with the persona, he smiled and replied that he was disappointed i didnt wear it for the occasion!   i said i thought it would have been a bit inappropriate for his soiree and he just laughed out loud without responding further.  damn, damn.  i missed an opportunity there! 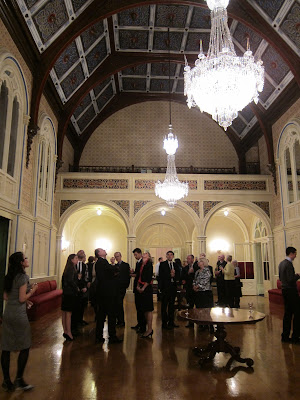 one afternoon several of us walked to the peak of mount wellington to enjoy the view over hobart. 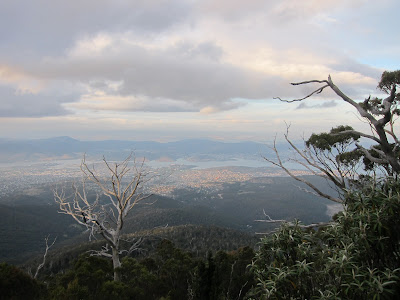 and, of course, a couple of us attended the conference dinner sporting full on, super regalia! 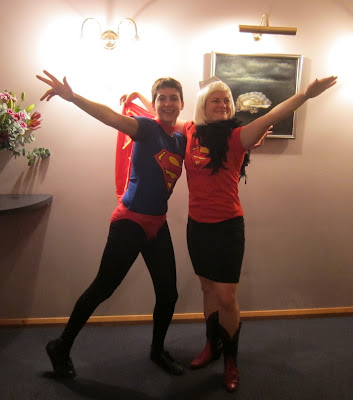 looks like a mighty fine place for a swim!

designed by megan lee.
No comments:

if you are in asia or north america, check the map below to see if you can witness the annular solar eclipse this sunday, may 20th!

if you are along the path of visibility, make sure you use eye protection or some other clever trick for viewing the eclipse!!   since it won't be a total solar eclipse, the sun won't be entirely blocked by the moon and a small bright ring (or annulus, hence the name "annular eclipse") of sunlight will still be visible.


if you are not along the path of visibility, there are several options to watch online: click HERE!

a very interesting photo captured by the sartorialist on lafayette street in new york city. 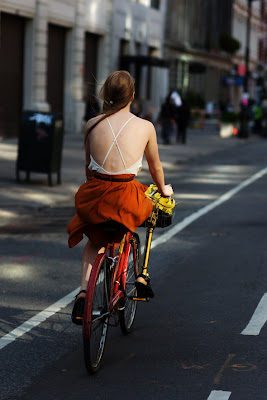 ever feel the need to write something with galaxies?   now you can!  pop on over to galaxy writer where you can enjoy this project by steven bamford.   the galaxy images come from the galaxy zoo.

the working product is one of the web-based results of the chicago science hack day!
1 comment:

getting excited about the summer olympics in london, set to kick off july 27th, 2012?  i certainly am, despite the fact that the logo and mascots are horribly designed and downright creepy.

a nice visualization of all countries participating in the olympic games since 1896 comes from alicia korn: 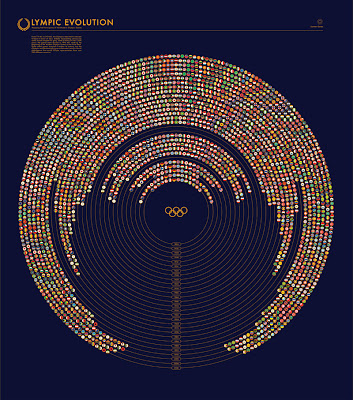 the inner ring shows the flags of the 14 countries who competed in the first of the modern olympic games.  the outer ring shows all of the almost 200 countries that will participate this year! 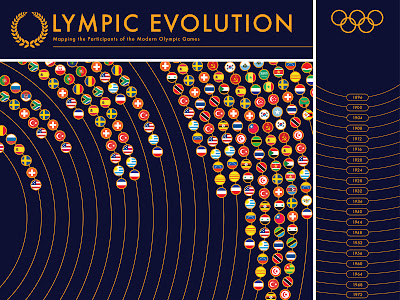 When I heard the learn'd astronomer

When I heard the learn'd astronomer,
When the proofs, the figures, were ranged in columns before me,
When I was shown the charts and diagrams, to add, divide,
and measure them,
When I sitting heard the astronomer where he lectured with
much applause in the lecture-room,
How soon unaccountable I became tired and sick,
Till rising and gliding out I wander'd off by myself,
In the mystical moist night-air, and from time to time,
Look'd up in perfect silence at the stars.

the photo above shows venus (the brightest), jupiter, the pleiades star cluster, and the glow of zodiacal light from february this year.
No comments:

i went camping over the weekend at jervis bay (pronounced "jar-vis"), about a three hour drive south of sydney.  i'm sure these beaches are much more crowded in the summer months, but they were wonderfully isolated for us! 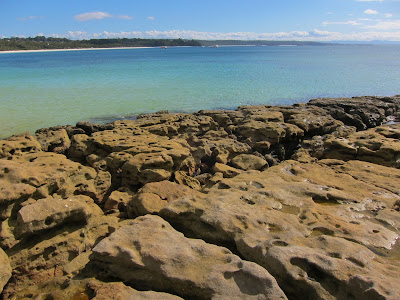 after a day of bush walking, rock climbing along the shoreline, sea creature searching, bird watching, and eating, we sat on the white sands by the sea, listening to the waves, watching the day slip away. 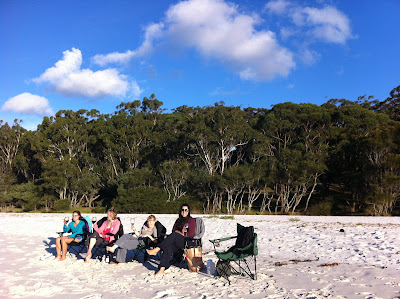 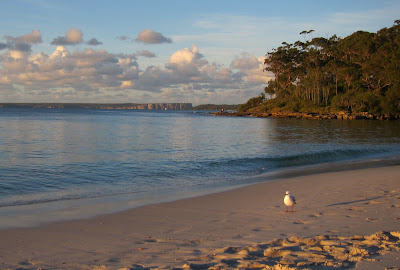 the sun set to our left. 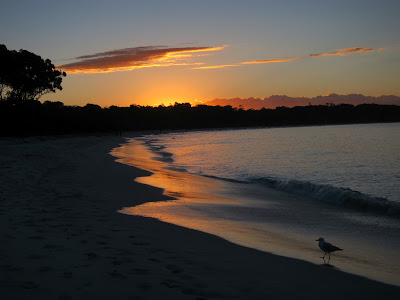 the full ("super") moon rose to our right.  yes, it looked amazingly bright in the empty landscape, but its not really that much brighter than normal even though it was a perigee and therefore at the closest point to earth in it's not-quite-circular orbit. 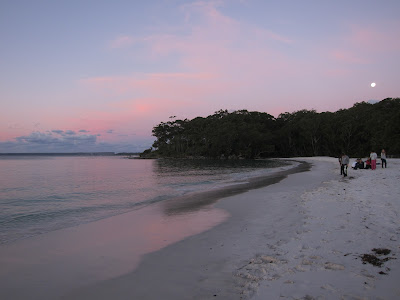 an incredibly bright venus sank in the sky over the water. 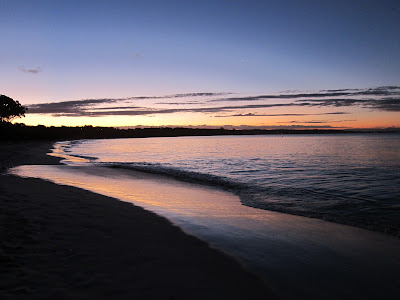 lunar light reflected off the waves.   pools of moon. 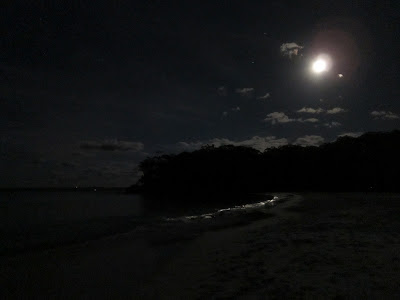 and all around our campsite were my favourite birds - kookaburras!! 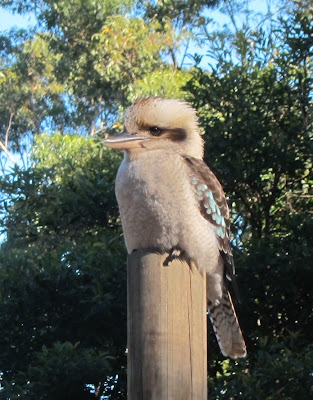 bright venus over the beach 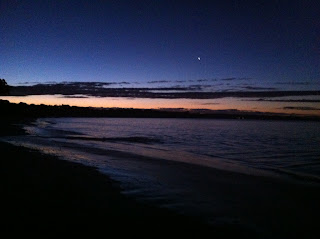 i'm spending the weekend camping at jervis bay with some friends, a big moon at perigee and an impressively bright venus!
1 comment:

i never get tired of listening to physicist richard feynman talk about... pretty much anything.   here is part 1 of a seven part lecture series he gave at cornell.

enjoy and then watch all seven lectures!

because some days i feel so excited that i just want to keep hopping...!

today i'd like to add another entry to the infamous dirty space news series!

last year, astronomers serendipitously discovered a strange ring galaxy that they called Auriga's Wheel.  these are the discovery images taken by the suburu telescope in hawaii:


you can read all about the system in a post by one of the astronomers behind this work at the cosmic horizons blog, but in short, they believe this structure is the result of two galaxies experiencing a head on collision!

below is the colorful image of the system (left) and the sketch of what the authors think is happening in this intense galaxy collision.


just this year, the authors have published a paper where they have attempted to model the coupling of the system. the image below reveals that we are lucky to be able to see the current structure, as it only achieves this particular position during a relatively short time of peak performance.


luckily, the authors have produced a video of their stimulating simulation:


finally, hear astronomer richard lane talk all about this research and much more in his recent interview on the astropodcast!
5 comments: