Cloudy with a chance of life: how to find alien life on distant exoplanets

This article was originally published in The Conversation on on 26th November 2015.


Cloudy with a chance of life:


how to find alien life on distant exoplanets

How do you go about hunting for life on another planet elsewhere in our galaxy? A useful starting point is to imagine looking from afar for signs of life on Earth. In a telescope like those we have on Earth, those aliens would likely just see the Earth and sun merged together into a single pale yellow dot.

If they were able to separate the Earth from the sun, they’d still only see a pale blue dot. There would be no way for them to image our planet’s surface and see life roving upon it.

However, those aliens could use spectroscopy, taking Earth’s light and breaking it into its component colours, to figure out what gases make up our atmosphere. Among these gases, they might hope to find a “biomarker”, something unusual and unexpected that could only be explained by the presence of life.

On Earth, the most obvious clue to the presence of life is the abundance of free oxygen in our atmosphere. Why oxygen? Because it is highly reactive and readily combines with other molecules on Earth’s surface and in our oceans. Without the constant resupply coming from life, the free oxygen in the atmosphere would largely disappear.

But the story isn’t quite that simple. Life has existed on Earth for at least 3.5 billion years. For much of that time, however, oxygen levels were far lower than those seen today.

And oxygen alone is not enough to indicate life; there are many abiological processes that can contribute oxygen to a planet’s atmosphere.


For example, ultraviolet light could produce abundant oxygen in the atmosphere of a world covered with water, even if it was devoid of life.

The upshot of this is that a single gas does not a biomarker make. Instead, we must instead look for evidence of a chemical imbalance in a planet’s atmosphere, something that can not be explained by anything other than the presence of life.

Here on Earth, we have one: our atmosphere is not just rich in oxygen, but also contains significant traces of methane. While abundant oxygen or methane could easily be explained on a planet without life, we also know that methane and oxygen react with each other strongly and rapidly.

When you put them together, that reaction will cleanse the atmosphere of whichever is least common. So to maintain the amount of methane in our oxygen-rich atmosphere, you need a huge source of methane, replenishing it against oxygen’s depleting influence. The most likely explanation is life.

If we find an exoplanet sufficiently similar to our own, there are several ways in which we could study its atmosphere to search for biomarkers.

How much starlight passes through that ring gives us an indication of the atmosphere’s density and composition. What we get is a “transmission spectrum”, which is an absorption spectrum of the planetary atmosphere, illuminated by the background light of the star.

Our technology has only now become capable of collecting and analysing these spectra for the first time. As a result, our interpretation remains strongly limited by our telescopic capabilities and our burgeoning understanding of planetary atmospheres.

Despite the current challenges, the technique continues to develop with great success. In the past few years, astronomers have discovered a wide variety of different chemical species in the atmospheres of some of the biggest and baddest of the known transiting exoplanets.

Another approach involves observing a transiting planet and its star as they orbit one another. The goal here is to collect some observations when the planet is visible (but not in transit), and others when it is eclipsed by its star.

With some effort, astronomers can subtract one observation from the other, effectively cancelling the hugely dominant contribution of light from the star. Once that light is removed, what we have left is the day-side spectrum of the planet.

Astronomers are constantly developing new techniques to glean information about exoplanetary atmospheres. One that shows particular potential, especially for the search for planets like our own, is the use of polarised light.

Most of the light we receive from planets is reflected, originating with the host star. The process of reflection brings with it a subtle benefit - the reflected light gains a degree of polarisation. Different surfaces yield different levels of polarisation, and that polarisation might just hold the key to finding the first oceans beyond the solar system.


These methods are still severely constrained by two factors: the relative faintness of the exoplanets, and their proximity to their host star. The ongoing story of exoplanetary science is therefore heavily focused on overcoming these observational challenges.

Further down the line, advances in technology and the next generation of telescopes may allow the light from an Earth-like planet to be seen directly. At that point, the task becomes (slightly) easier, in part because the planet can be observed for far longer, rather than just relying on eclipse/transit observations.

But even then, spectroscopy will be the way to go; the planets will still be just pale blue dots.

What we have seen so far

The exoplanets we have discovered to date are highly inhospitable to life as we know it. None of the planets studied so far would even be habitable to the most extreme of extremophiles.

The planets whose atmospheres we have studied are primarily “hot Jupiters”, giant planets orbiting perilously close to their host stars. As they skim their host’s surface, they whizz around with periods of just a few days, yielding transits and eclipses with every orbit.

Because of the vast amounts of energy they receive from their hosts, many of these “hot Jupiters” are enormous, inflated far beyond the scale of our solar system’s largest planet. That size, that heat and their speed, make them the easiest targets for our observations.

But as our technology has improved, it has also become possible to observe, through painstaking effort, some smaller planets, known as “super-Earths”.

The hot Jupiter HD189733 has one of the best understood planetary atmospheres beyond the solar system.


Observations by the Hubble Space Telescope, in 2013, suggest a deep-blue world, with a thick atmosphere of silicate vapour. Other studies have shown its atmosphere to contain significant amounts of water vapour, and carbon dioxide.

Overall, however, it appears to be a hydrogen-rich gas giant like Jupiter, albeit super-heated, with cloud tops exceeding 1,000 degrees. Beneath the cloud turps lies a widespread dust layer, featuring silicate and metallic salt compounds.

The young giant planets in the HR8799 system appear to have hydrogen-rich but complex atmospheres, with compounds such as methane, carbon monoxide and water. They are likely larger, younger, and hotter versions of our own giant planets - with their own unique subtleties.


For the super-Earth GJ1214b the lesson is to be careful about making conclusions. Early suggestions that this might be a “water world” or have a cloudless hydrogen atmosphere have since been superseded by models featuring a haze of hydrocarbon compounds (like on Titan), or grains of potassium salt or zinc sulphide.

While the search for Earth-like planets continues using ground- and space-based telescopes, exoplanetary scientists are eagerly awaiting the launch of the James Webb Space Telescope JWST.

That immense telescope, scheduled for launch in around October 2018, could mark the true beginning of the exciting search for distant atmospheric biomarkers and exoplanetary life.

you might also be interested in a recent conversation article by michael brown on "why einstein's general relativity is such a popular target for cranks". 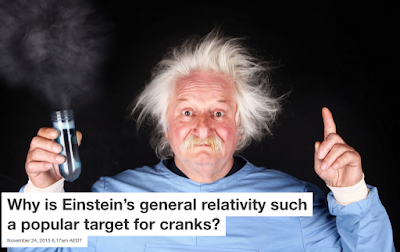 i get A LOT of emails from random people claiming they have proven einstein wrong, and this offers some insight as to why that might be.
1 comment:

My unofficial hack at last week's .Astronomy 7 conference in sydney was to perform a song i wrote recently called Sky Schemes.  Luckily, Becky recorded it for all to hear!

On winter nights when I was a girl
I’d go to her house after school
We’d play game, make things, discover our dreams
I’d walk home through the dark remembering our schemes

I’d look up at the stars, shining overhead
Make constellations that I saw instead

Of those Greek ones, Islamic ones, they are so old
There are native ones, Indigenous ones, but we’re seldom told
I made one up. It was a bird, wings spread wide
I’d look for it, find it, feel so much pride

So look up at the stars, shining overhead
Make constellations that you see instead

There are new ones, trues ones, you will see first
Share them with us, through us, satisfy your thirst
To know things, understand, how we are here
No true answer you’ll find, but it will become clear

The questions that matter are changing all the time
Rely on your instincts, empower your mind

And then look up at the stars, shining overhead
Make constellations that you see instead

also, another quick announcement that you might suspect from the photo below... go to THIS LINK and keep exploring until you uncover the surprise :)  this reveal was also made as a result of .Astronomy hack day.