what is a shooting star?

i mentioned a couple years ago that the band they might be giants released a kids album called here comes science. i was reminded of this by several people after i put out a call on twitter for astronomy-themed kids songs.

what is a shooting star is one of my favorites from that album:

there is also the galaxy song by eric idle, of monty python fame.

and, of course, there is my favorite song to sing with kids: "twinkle, twinkle little star." the melody actually comes from twleve variations on "Ah vous dirai-je, Maman" by wolfgang amadeus mozart. the same melody is also used for the "alphabet song" and "ba ba black sheep!"

if you are so inclined, you can download the original mozart variations for free. i have found it fascinating, and challenging, to play through his progression of subtle changes to the familiar melody.

are there any other astronomy-themed kids songs out there that you know of?
1 comment:

as a result of a huge solar flare that occurred last week, energetic particles from the sun have shot out all over the solar system causing spectacular auroras on earth!

here is the view of the solar flare from NASA'a SOHO satellite. the video includes a bit of explanation, or read phil plait's explanation here.

when those electrically charged solar wind particles come barreling toward the us, the earth's magnetic field naturally guides the particles to the north and south magnetic poles, where they interact with gas in earth's upper atmosphere. the gas glows as a result.

here are some of the resulting views over northern norway. the green glow comes from molecular oxygen in our atmosphere. incredible!

a nicely displayed quote by the legendary astronomer edwin hubble: 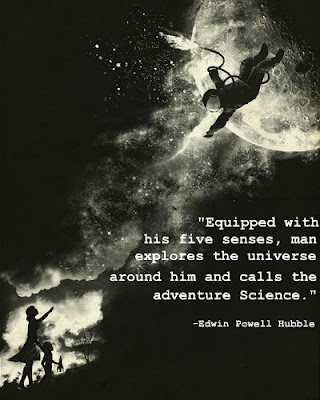 just received the eNewsletter from the cincinnati observatory. 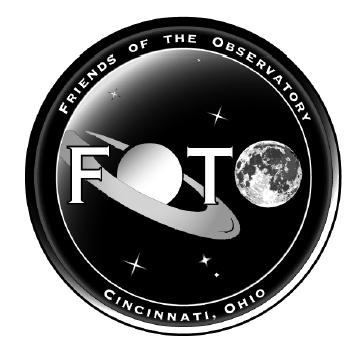 a big thanks to them for hosting the event there last weekend! 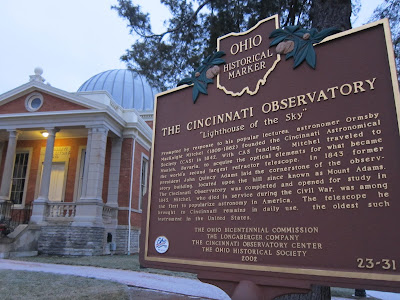 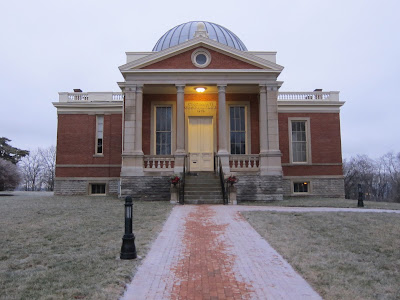 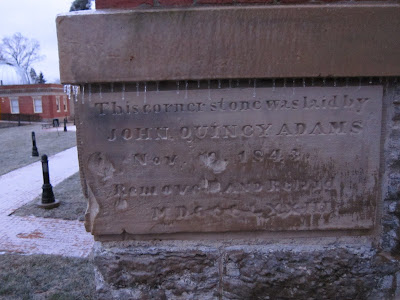 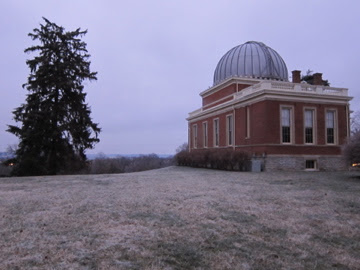 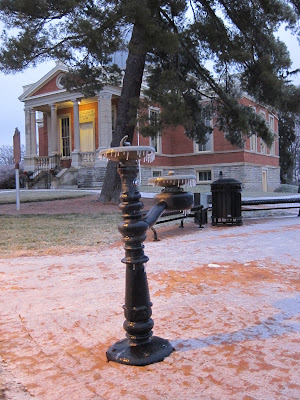 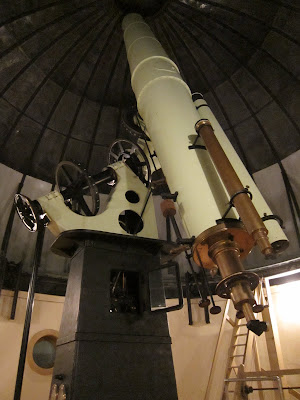 the talks went well, i thought, and i really enjoyed sharing some of the astronomy knowledge i've gained during my studies and travels, with my family and friends back home. what fun!
3 comments:

it's yet another case of not being able to track down the original source of this painting through tumblr, but i spotted it from fresh photons and i like it. 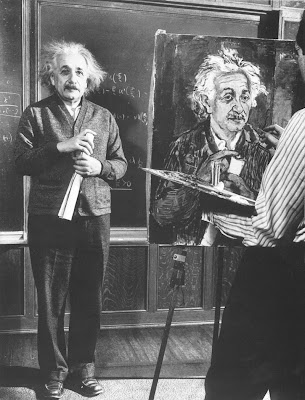 milky way above the himalaya

i'm incredibly impressed by the photography of jan kovoy! admire more photos at his website or on flickr.

this is a shot of the milky way galaxy streaming perfectly through a valley in the himalaya mountains. 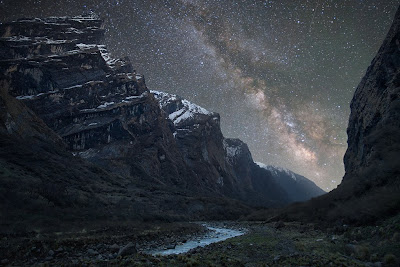 this is a galaxy

while i visited texas primarily for the american astronomical society meeting, i enjoyed some other aspects of one of my favorite cities in the world as well... 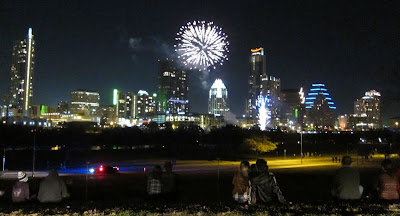 i forgot how much they say y'all here, y'all! 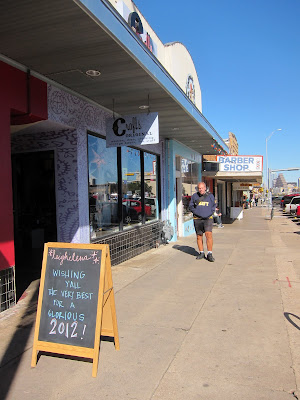 an old tradition revived with a new years day swim in barton springs. 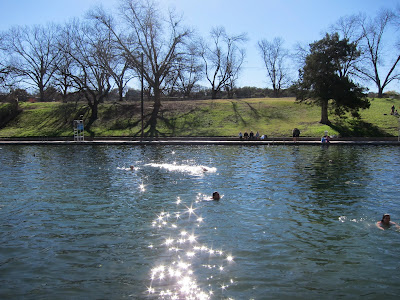 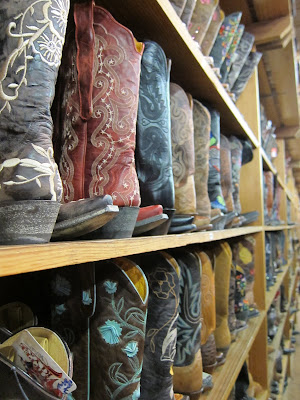 can't beat good BBQ (havent put the sauce on yet in this photo...) 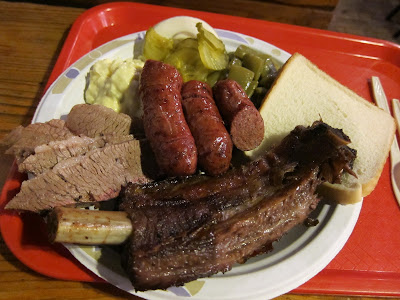 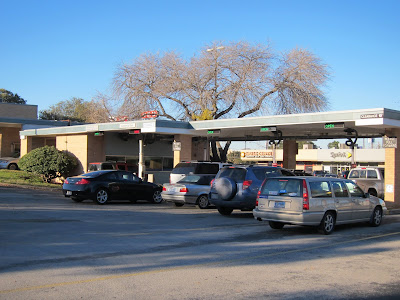 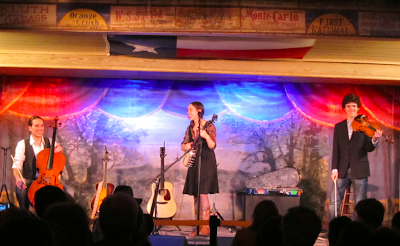 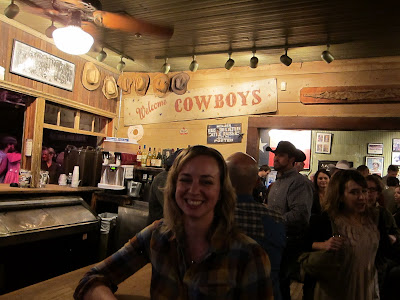 food trucks and trailers have taken over the city. i think it's a creative and tasty way to support small business and keep austin weird. 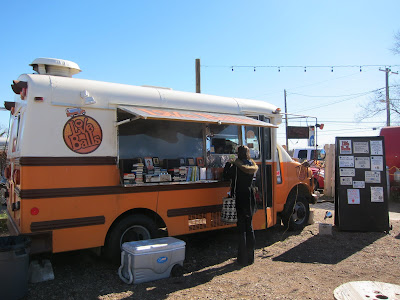 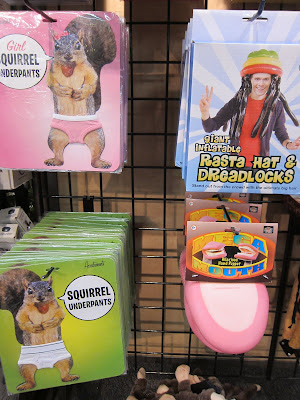 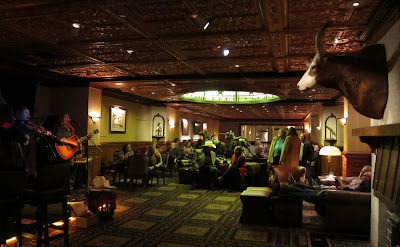 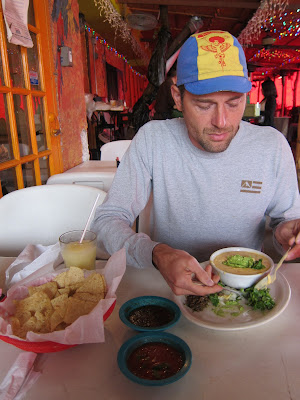 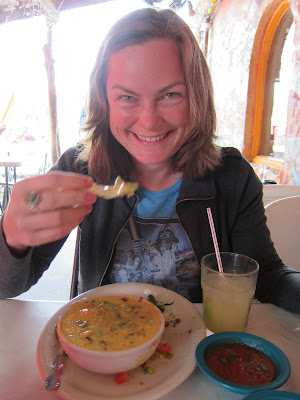 i gave a talk on wednesday about my reserach on the star-forming properties of galaxies in the Galaxy And Mass Assembly (GAMA) survey. it was a 5 minute talk, so not a whole lot of time, but a couple interesting discussions sparked from it afterwards.

a highlight of the meeting for me was a talk given by former NASA astronaut, steve hawley, about the history of human spaceflight. he flew on five shuttle missions, including STS-31, which deployed the hubble space telescope into orbit around the earth!

his talk was casual and joking and he shared many anecdotes from his experiences. during the first few human space flights, the astronauts would be in orbit for a very short time, and experience an uncomfortable stomach sickness that they called "space adaptation syndrome." they only learned later that after a couple days, astronauts gets over space sickness!

he also told us that the programming computers used on the space shuttles, called High-order Assembly Language or HAL, were about 0.005 percent as powerful as an Xbox 360!

i had goosebumps several times during his presentation - as i always do whenever it hits me just how many challenges there were to sending humans into space in such a short time frame! at the end of his talk, hawley received a standing ovation from our crowd of ~3000 astronomers. well deserved, indeed.

for more science highlights revealed at the meeting, see the complete coverage from space.com and the top AAS stories from wired.com.


unfortunately, the meeting ended on a sad note, as yesterday we heard the news of the untimely and sudden death of oxford professor steven rawlings. i will write more about this soon, as he was a great man, a collaborator, and a friend. but for now, i am dealing with the shock of the loss and my feelings of sadness, and send my thoughts out to his family and friends.
2 comments:

this video starts out with the common story of someone taking self portraits everyday for several years, but then it takes a surprising and inspiring twist.

Jeff Harris: 4,748 Self-Portraits and Counting from We Know Music on Vimeo.

these claims are ridiculous, not to mention vague.

and i also think it's sad, because these people are causing unnecessary stress in lives of (admittedly gullible) people. i guess someone somewhere is making money off these regularly forecast apocalyptic fairy tales or else they wouldnt come about so unceasingly.

just to be sure, i DO NOT think any of the reasons being spouted for why the world will end in 2012 are at all valid, or reasonable, or bona fide in any way. here's a nicely done video summarizing the crazy business...

NASA's site on the issue 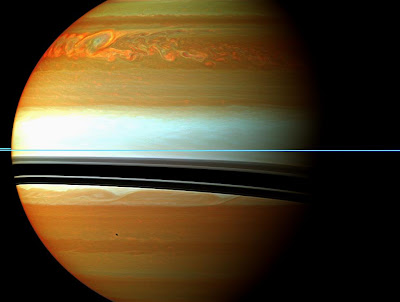