there's a footprint in this big cloud of gas! 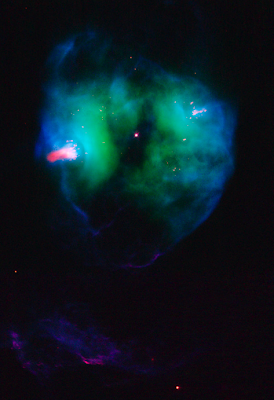 this image of planetary nebula, NCG 2371, just released from the hubble space telescope heritage collection. see the red left-footprint over on the left representing glowing nitrogen gas? perspective is grand, isn't it?! 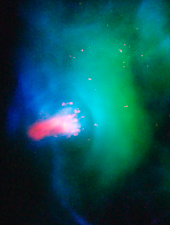 as a title for this blog entry, i almost used: "caught red-footed!" while it caused me to sigh a big enough ... uuuuuuugh... that i ultimately chose a different title, i thought phit plait might appreciate it! :)

NGC 2371 lives about 4,300 light-years away in the constellation, gemini. in fact, tonight, there is a line up of the moon and mars, inside gemini, and NGC 2371 jumps right in between gemini's twin's , castor and pollux, and the moon! 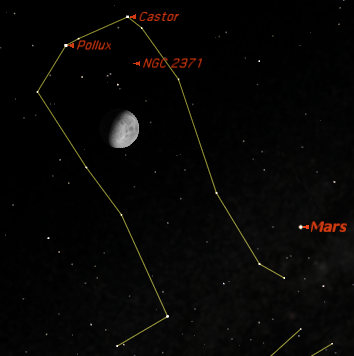 now, NGC 2372 a very faint gas cloud at about 11 magnitudes, so you won't be able to pick it out with your eye, or even binoculars, but it'll be nice to know it's there!