wow!!! has anyone else seen comet holmes look the way Peter von Bagh saw it in this photo? i'm not sure how long he exposed this image for, but he didnt use a telescope.... 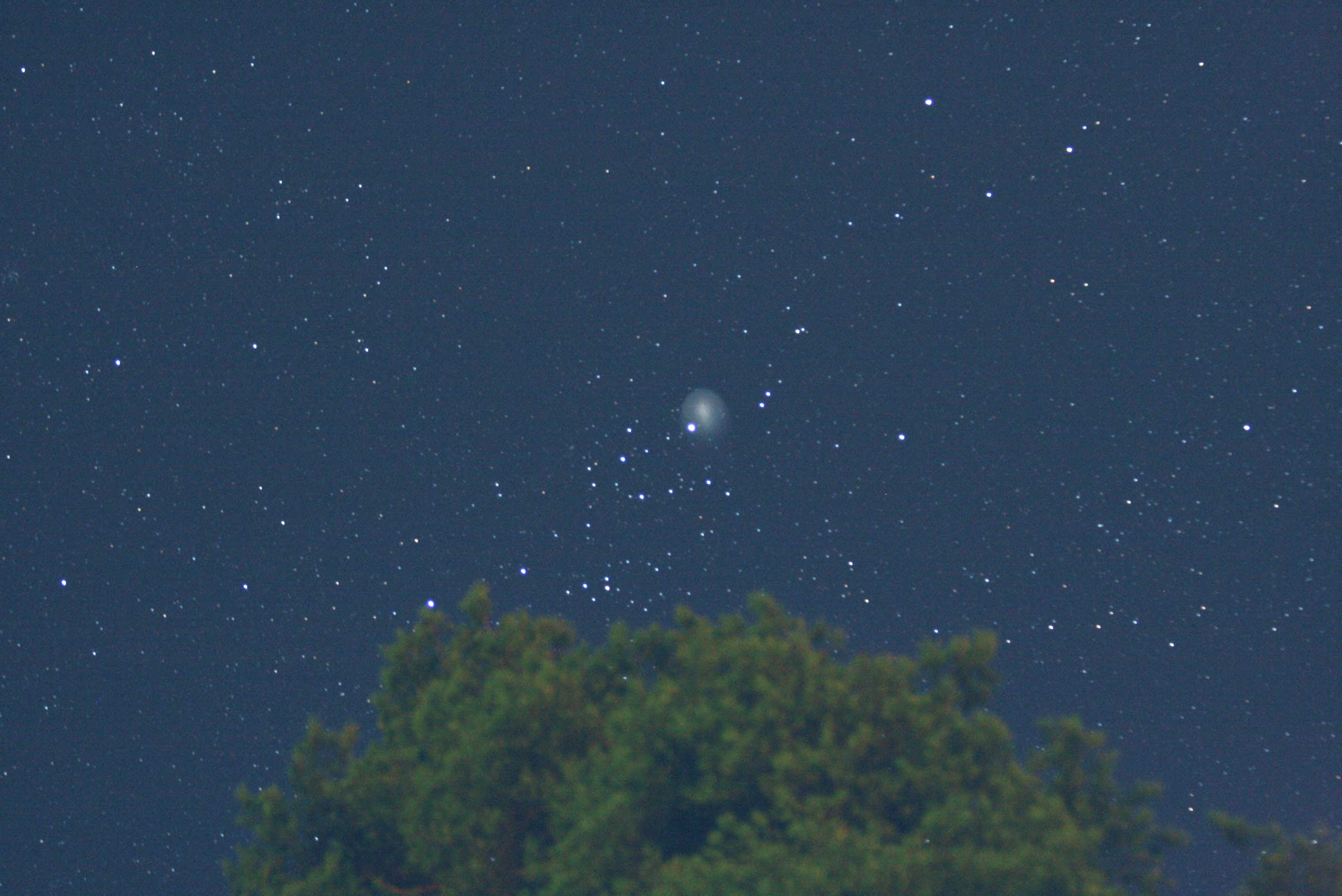 APOD also has a nice picture today taken with the big 3.6-meter canada-france-hawaii telescope on mauna kea in hawaii. it's neat how you can see far away stars thru the envelop of dust and gas that has formed and expanded around the nucleus of the comet. this envelop is called a "coma." 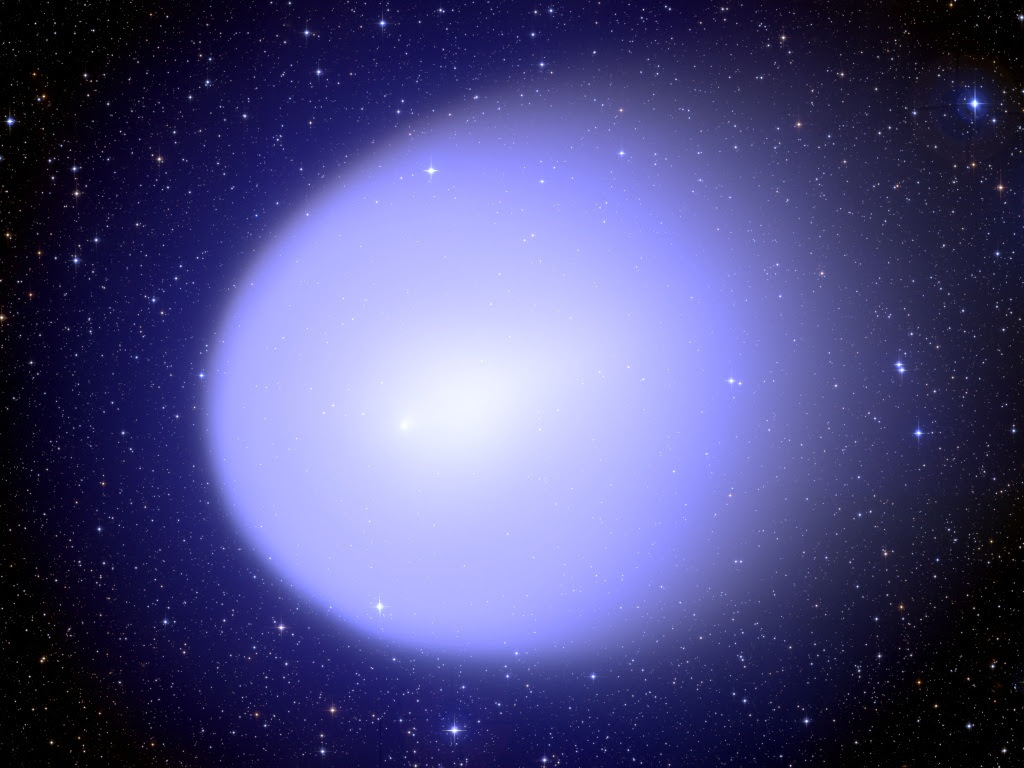 speaking of expanding gas... astronomers in hawaii have shown that the volume puffy gas ball that is now comet holmes, is bigger than the sun!!! they report that since the initial explosion seen from comet holmes on october 24 (for reasons we still don't fully understand), the gas has continued to expand and push outwards at a steady pace of 0.5 km/sec (1100 mph)! that's some quick moving gas! now the gas extends in space with a diameter of 1.4 million kilometers (0.9 million miles) as of november 9, 2007, making it the single largest object in our solar system. holy crap!!! that was unexpected! you can see and image of saturn next to the sun for some scale, and also consider that you can fit 100 earths next to each other across the image of the sun!

Hope it doesn't hit us. Well, off to shop. Happy Thanksgiving.