mt. vesuvius erupted violently in the year 79 AD, quickly throwing several-meter-deep layers of volcanic ash over the city of pompeii, and pouring a 15 meter thick layer of lava on the city of ercolano (historically, called herculaneum).

mt. vesuvius sits on the bay of naples, viewed here from the city of naples: 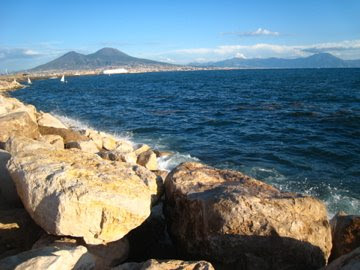 while pompeii represents the internationally recognized buried city, the dug-out ruins at ercolano are more intimate, intact, and explorable!

this image shows the un-earthered city of herculaneum in the foreground, the 55,000-strong modern city of ercolano built on top, and the ominous volcano, mount vesuvius, looming in the distance. 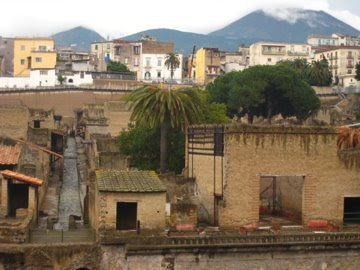 since herculaneum has been completely excavated from the thick lava, you walk past impressive views down into the old city as you walk to the main entrance. 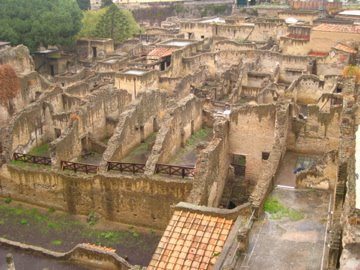 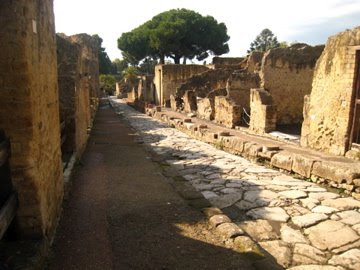 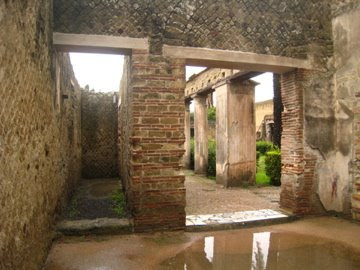 here you can see the diagonally placed, earthquake-resisting bricks, and the thin, horizontal roman-style bricks. 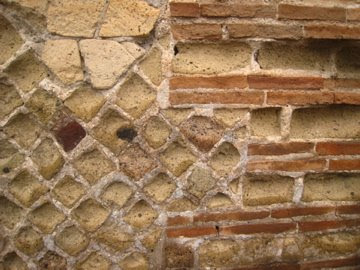 looks like some of these bricks were made with porous lava rock (?) 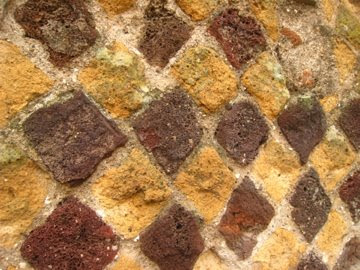 the counters of shops were covered with large marble mosaics. 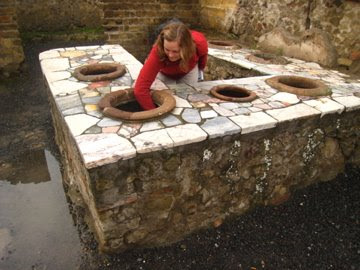 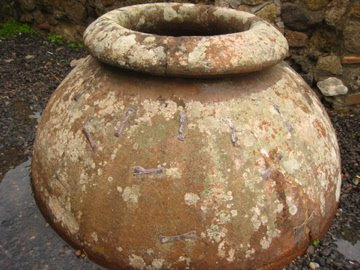 actually, nearly every surface; floors, walls, and ceilings were covered in detailed stone mosaics or intricate paintings! it was amazing that so many survived and that i could walk right on top of some! 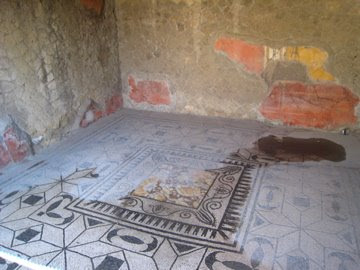 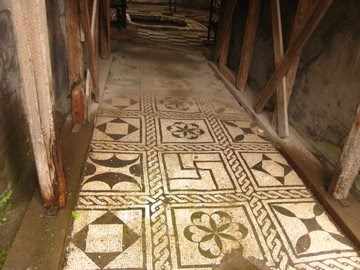 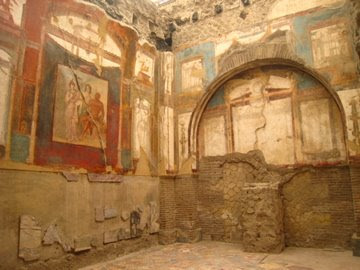 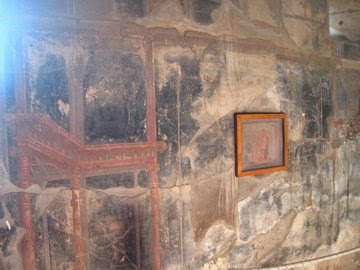 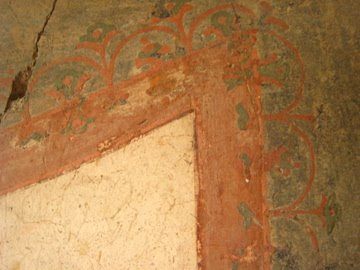 this was a fountain and/or pool to put your feet in with a huge window/sky light above it! there must have been a huge statue on top of the column. nice central room for a home! 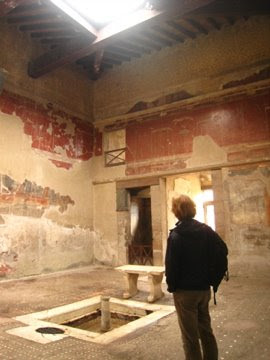 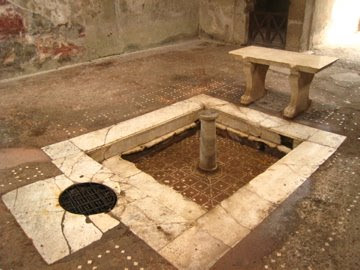 the bathrooms were especially elaborate. 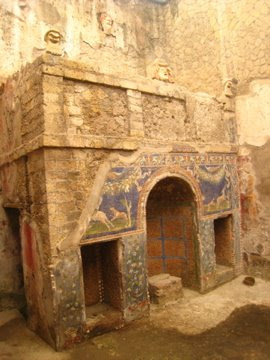 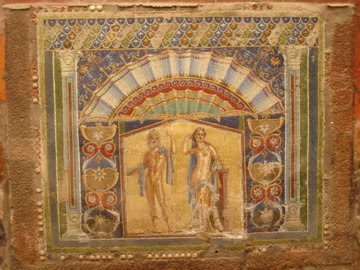 massage table with light pouring in from a hole that was once covered with stained glass. 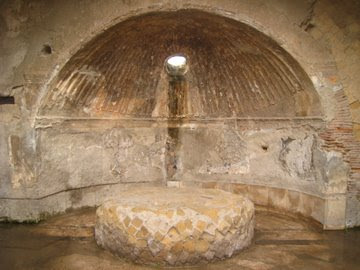 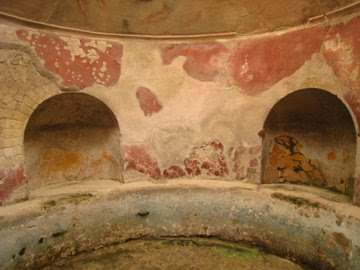 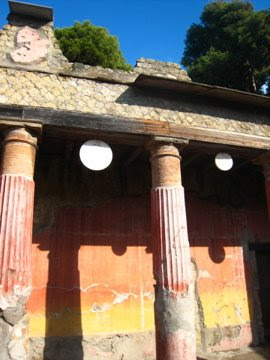 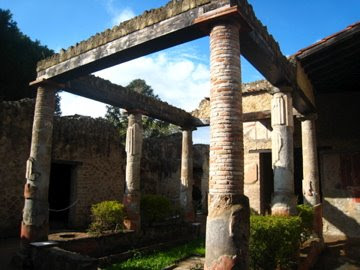 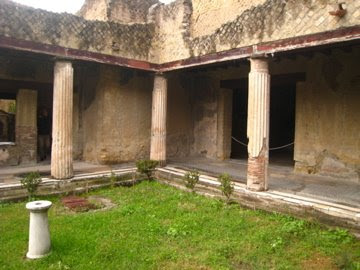 amazing to think that these beautiful artifacts were the homes of people over 2000 years ago! 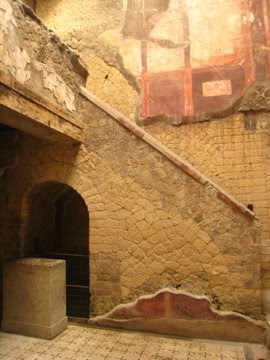 Venus on the half shell said...

That mosaic actually depicts Poseidon and his wife Amphitrite.