welcome to the 2008 olympic games! 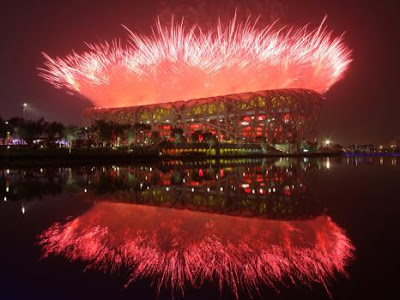 the universe today has a great post relating how various materials developed for space science are now being used in the 2008 olympics, by both athletes and organizers!

here's a video showing the olympic buildings from google earth 3D, showing where the buildings are around beijing.

the medals awarded this year to the winning athletes by the chinese, are unique in that they are all embedded with jade! 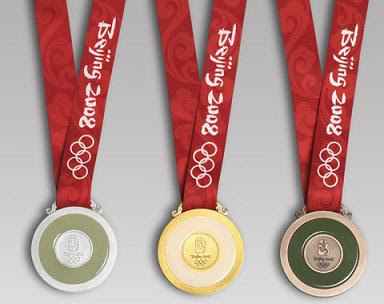 here's an image from interesting photo essay describing how the 2008 olympic medals are made:

i also like the pictographs for the 2008 beijing olympics. the theme of "the beauty of the seal" from the chine central academy of fine arts, was selected the winner of the competition to design the seals. the symbols are based on "the strokes used for seals, which were widely used in inscriptions on bones and bronze vessels in ancient China some 3,000 years ago." 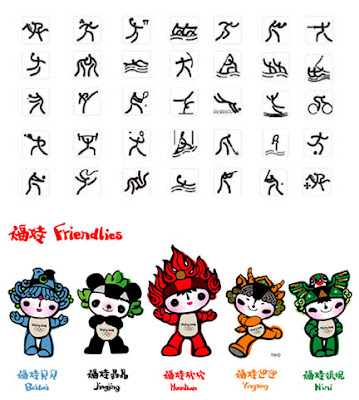 That opening ceremony blew me away and I'm not normally moved by that sort of thing.
Really!

It reminds me of 1936 when Germany wanted to re-join the world.

I really thought that guy was about to fall, haha those funny guys :))