the moon thru an old telescope

I took some family members up to see UT's old 9-in refracting telescope while they were in austin. we discovered that the tower was lit up in honor of all 2008 graduates! congratuations graduates! 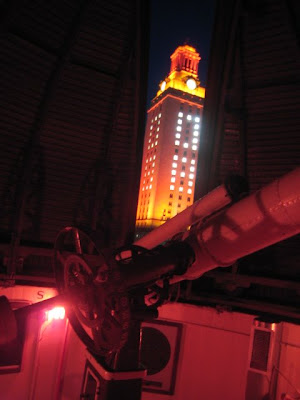 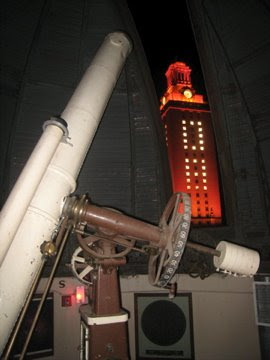 i hadnt previously tried to capture the view of the moon thru the telescope, thru my digi-cam, but the results were pretty successful, as you can see! on each image, there's a dark line toward the top right and a dot to the left, showing stuff stuck on the telescope's eyepiece lens. 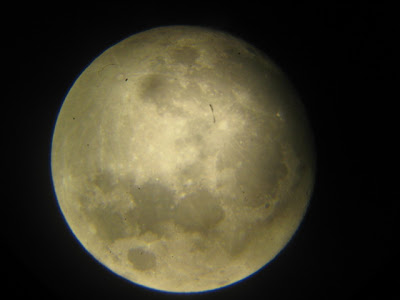 the first image is a little darker so you can see the details of the lines that stretch out from each crater on the surface of the moon, marking where ejecta shot out in every direction after the impact that created each crater. 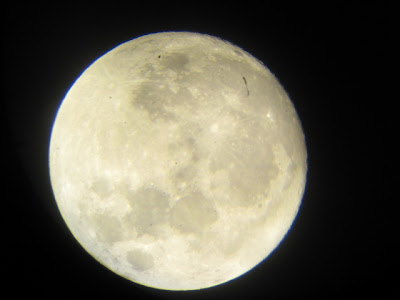 the contrast of the second image highlights the texture toward the top right of the image, showing the depth of the craters at the edge of the moon. thats my favorite part of looking at the moon thru a telescope!