living on another planet

here's the astronomy picture of the day today. it depicts what the environment might be like on the surface of the planet (uncreatively named) Gliese 876d. APOD explains:

On planet Gliese 876d, sunrises might be dangerous. Although nobody really knows what conditions are like on this close-in planet orbiting variable red dwarf star Gliese 876, the above artistic illustration gives one impression. With an orbit well inside Mercury and a mass several times that of Earth, Gliese 876d might rotate so slowly that dramatic differences exist between night and day. Gliese 876d is imagined above showing significant volcanism, possibly caused by gravitational tides flexing and internally heating the planet, and possibly more volatile during the day. The rising red dwarf star shows expected stellar magnetic activity which includes dramatic and violent prominences. In the sky above, a hypothetical moon has its thin atmosphere blown away by the red dwarf's stellar wind. Gliese 876d excites the imagination partly because it is one of the few extrasolar planets known to be close to the habitable zone of its parent star. 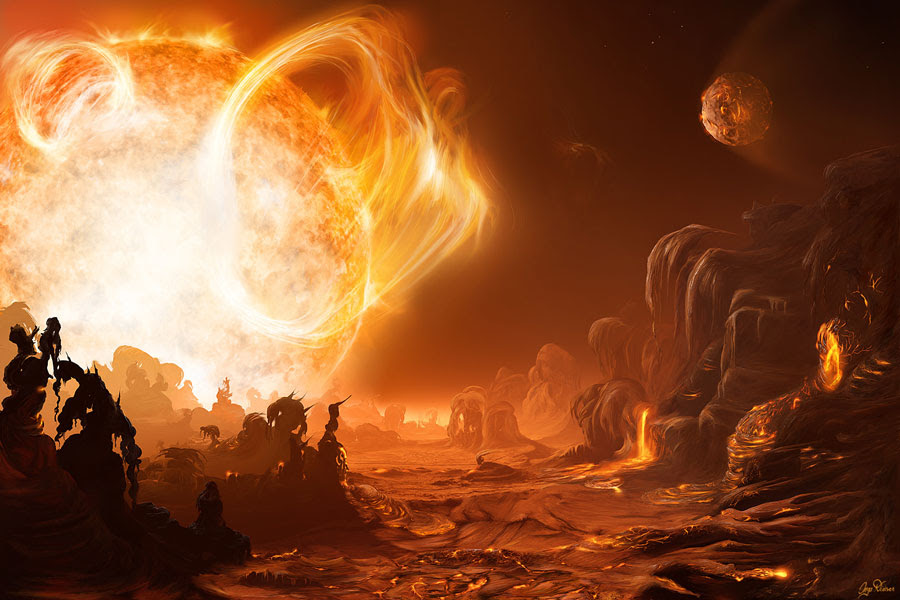 this dramatic image was created by Inga Nielsen and it's worth visiting her website and checking out some of her other digital art. here are some of my other favorites. 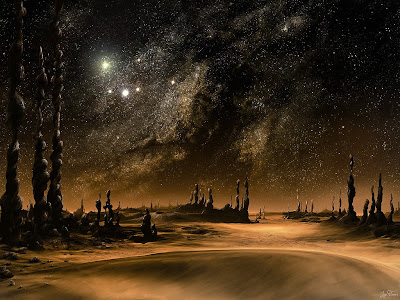 far behind the skies 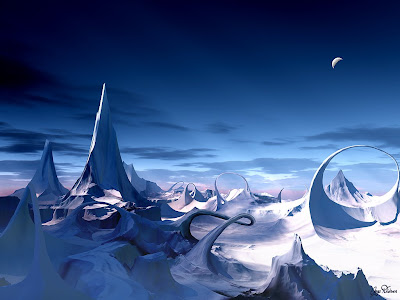