after viewing the total solar eclipse in ningbo, china, i headed to the city of suzhou which is located about an hour west of the massive shanghai. despite the torrential downpours of water from the sky that occurred during the majority of my time in suzhou, i really enjoyed exploring the gardens and the old city, the company of my hosts, and the loud, booming thunder!

one thing that surprised me about suzhou was the density of *electrically-powered* motorbikes!! when the chinese find a fad, it really takes hold because bikes with real motors were so rare that they seemed really loud and out of place. luckily, the people i stayed with had a couple electric bikes, so i got to ride around town on one! it was great and strange to have a whole conversation while riding on the back of a scooter!

suzhou is famous for the ancient gardens that exist throughout the city, and i explored several! the humble administrator's garden is a massive plot (52,000 sq. meters = 12.85 acres!) that was originally created in 1509. there are dozens of buildings, waterways, lotus gardens, bridges, and bonsai plants, etc... it's incredible. 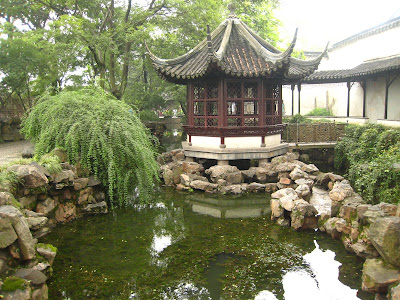 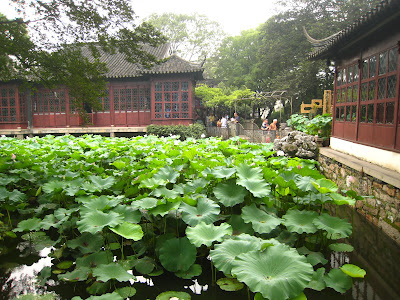 this lady floating in her boat was selling the fruits of the lotus plant. 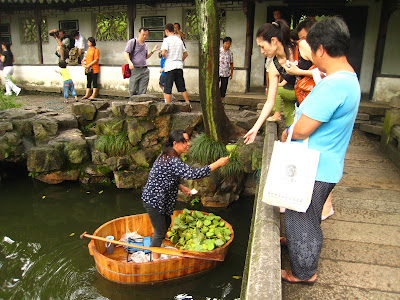 you peel away sections and eat the the pods inside. the pods can be as big as grapes, but taste more like edamame beans. 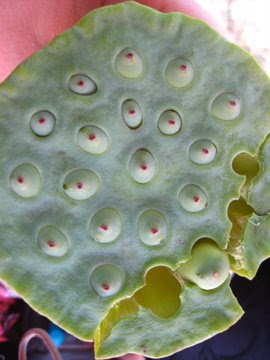 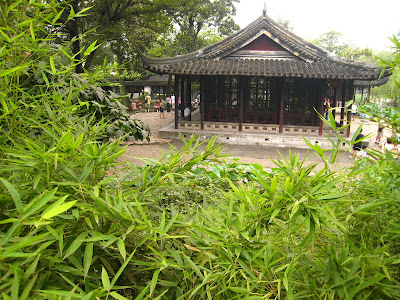 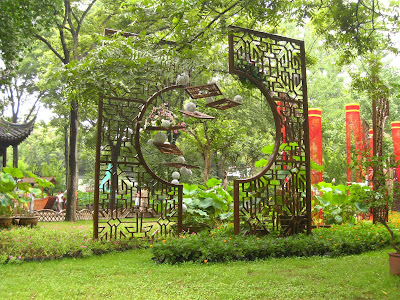 scenes from walking thru town.... 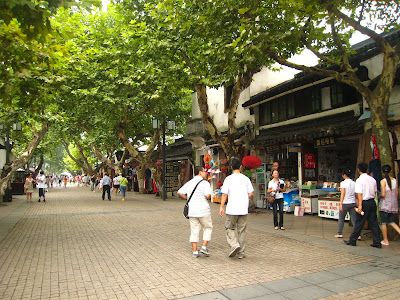 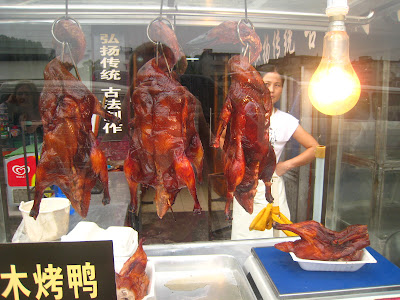 ancient canals run throughout the city. they are nice to walk beside and have obviously been used for hundreds of years by the people of the city. there are many stairs leading down into the water and benches and pavilions all along in order to sit peacefully, relax, and take shelter from the regular rainstorms! 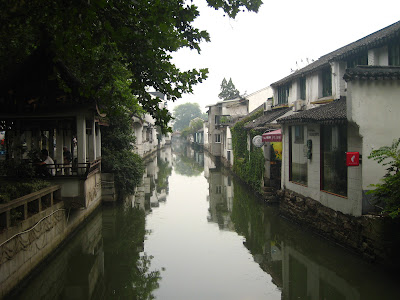 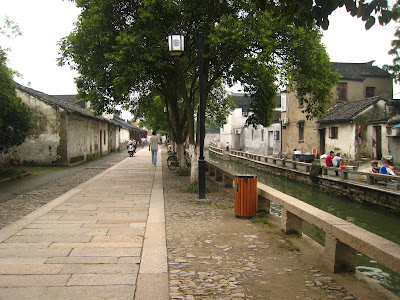 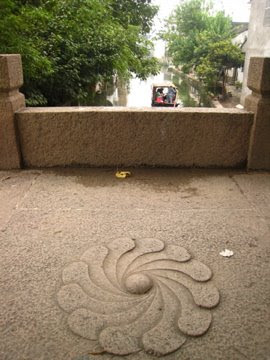 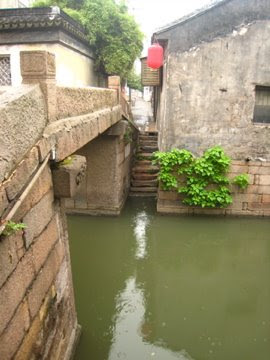 for lunch, i stopped in a little tea house and had rose tea and dim sum. yum! apparently, i didnt use all the little plates properly because they kept bringing more little empty plates, pointing to things, and leaving the plates on the table. i was confused, but nodded and smiled and thoroughly enjoyed the meal! 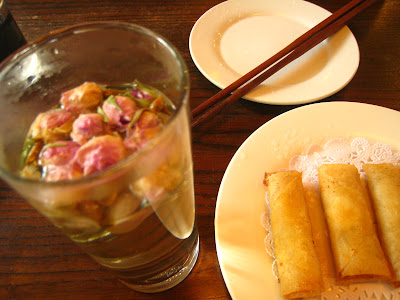 another garden i really enjoyed was the lion grove garden, built in 1342! 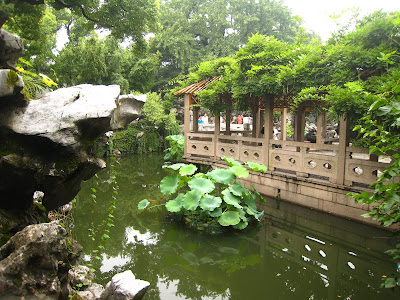 the strange rocks that decorate the garden represent lions doing their many activities. the limestone rocks were transformed into their odd shapes while sitting at the bottom of lake taihu, then they were transported to form such classical gardens. 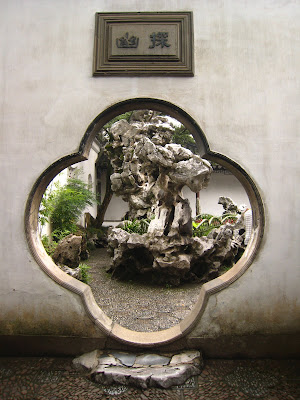 the rocks are strategically placed around the gardens to form labyrinths! the whole place is like a giant playground to explore, and i had so much fun running around thru the tunnels and paths made of these crazy rock structures! they also use zigzag bridges, because evil spirits cant turn sharp corners! 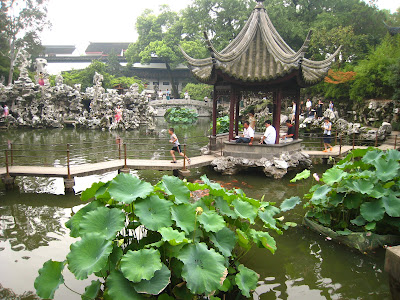 i really enjoyed the final meal in suzhou which was at a vegetarian restaurant. this odd seaweed thing wasnt my favorite dish though! 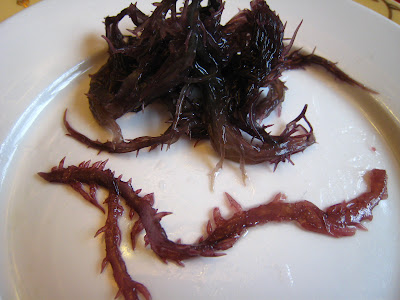 so many yummy choices.... 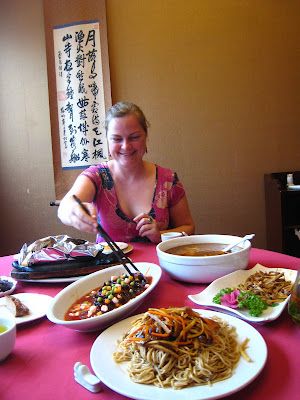 Looks like an awesome trip. The gardens look fabulous. We recently toured the gardens at the Biltmore Mansion in Ashville, North Carolina. It is very soothing and peaceful.

Glad you had fun! It looks amazing.

the last shot should be titled Astropixie in Heaven! ;)