this is an image of the bubble nebula (NGC 7635) created by the hubble heritage team. 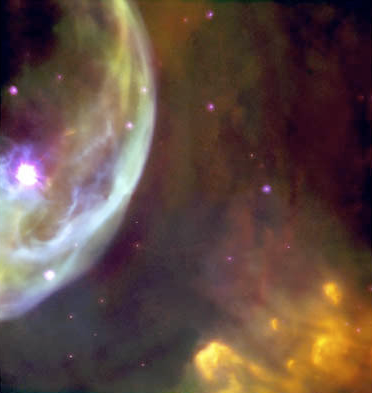 from the above image, jayanne english, an astronomer and member of the heritage team, created this spectacular collage: 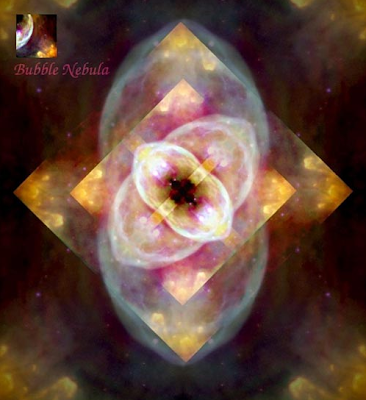 i think she demonstrates a gorgeous way to utilize images created for science, as art. apparently, there has been some controversy though, as scientists worry that the public might see such images and assume they are real objects floating around in the universe.

i think it is the responsibility of the media outlets that might choose to use one of these images to properly site the source and maintain the artist's and/or scientist's original caption!

anyway, these images are just plain cool - even if i'm relieved that i never have to think about calculating gravitational potential wells or stellar orbits around these ridiculously complicated fictional structures! ha! 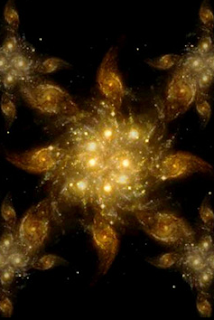 This is where the right and left collide-a massive, colorful explosion of brain energy. :)