with the US election looming on the forefront of my mind, i found what thomas powers had to say in the new york review of books article, a fateful election, very interesting. i cant seem to decrease his message enough to just share highlights, so i'll print the whole thing here.

The big task facing the next president will be cleaning up the mess left by the last president. How big the task may be is not yet fully appreciated. There is the economic mess and there is the mess we call "the war." Included in the larger mess of the war are active military operations in Iraq and Afghanistan; a semiclandestine war of increasing intensity in the Pakistani tribal areas; and continuing military tension with Iran that could open a new theater of active warfare more or less at any time.

Who got us into this mess? The answer is the Republicans, and more particularly the Bush Republicans, who had control of both Congress and the White House for six years and did as they pleased. The Bush Republicans have no one else to blame and neither do Barack Obama and the Democrats. You would think that a presidential campaign could be built around this fact but so far it does not appear to have happened. The change Obama seeks remains oddly bloodless, as if the mess were a found object, not something that someone had done. 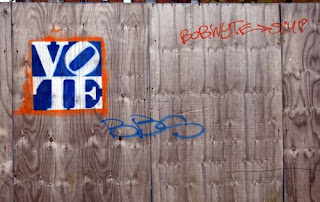 But the architects of the mess could not be plainer. The credit crisis, like the savings and loan crisis of twenty years ago, was the predictable result of changes in regulation of banking and financial markets. The rollback of regulations was driven by free-market theories put into effect mainly by Republican presidents. More than seven hundred S&L institutions collapsed during the first crisis and it cost the American public more than $120 billion to clean up the mess. The price of cleaning up the current credit crisis is going to be a lot higher than that. For this money, the public gets nothing but the bitter solace that still worse calamities have perhaps been avoided.

In both cases the government bailout undermines the bedrock discipline of markets—mistakes are supposed to hurt. Shoring up Fannie Mae and Freddie Mac has the effect of insulating mortgage buyers from the consequences of stupid speculations, and encourages future speculators to count on friends in Washington for a soft landing when the next frenzy begins to heat up. The Bush Republicans stuck to free-market theory while their friends were making zillions, then abandoned free-market theory when the whole financial system threatened to collapse. The bailout in itself condemns the policy of deregulation which made the bailout necessary. But who is holding the Bush Republicans to account?

The cost of the ever-growing credit bailout is no longer pocket change, and may equal the cost of the war when it is all totted up. Figures for Iraq have reached the trillion-dollar range; Afghanistan is heading in the same direction. All of this money, like the money for the credit bailout, and the money for the taxpayer rebate stimulus intended to soften the recession triggered by the credit crisis in the first place, is borrowed money. Some of it is borrowed from Americans, some from foreigners, all of it from future generations. What happened to the Republicans of yesteryear who preached a gospel of fiscal responsibility? Many years ago when the Reagan Republicans were setting the stage for the savings and loan crisis, my speechwriting friend Tom Lewis, an astute observer of politics, summed up the ethos of the Republican Party in a single word: more.

But the biggest legacy of the Bush years is not debt. It is the idea that the United States must, and can, control the political landscape of Iraq, Afghanistan, Pakistan, and Iran. The American military is waist-deep in the first two, knee-deep in Pakistan, and threatening to wade right into Iran as well if the Iranians don't accept our demand to dismantle their nuclear program.

John McCain intends to press the attack on all fronts. Barack Obama, if elected, could march us back out of this suckhole but it will not be easy. I fear he would find himself trapped by our national need to appear to succeed in any contest where Americans have shed blood. It somehow fails to matter that we are trying to do what no country can ever do for long—force strange people in distant places to reshape their politics and society more to our liking. The effort passes as nation-building at the outset, but in the long run counterinsurgency always comes down to the same self-defeating strategy—killing locals until they stop trying to make us go away.

In seven years of war, public debate has never managed to get out in front of events, and it is still trailing behind. The thing to keep in mind is that this all can get a lot worse. The American presence in the greater Middle East is large, unwelcome, and disruptive. We have shattered an equilibrium that kept Sunnis and Shiites from each other's throats for centuries. We have conceded to Turkey the right to send its military into Iraq at will. We have disrupted the understanding between the government of Pakistan and its tribal areas; and we have granted ourselves leave to chase after our enemies in Pakistani territory, an intrusion no government can tolerate for long. Over time the number of our enemies in this expanding arena of conflict and the cost of trying to control them will grow until we are half-crazy with frustration, are on the brink of something dangerously like civil war from arguing at home, and have run out of places to borrow money.

Americans have an odd way of arguing about politics. We don't like plain talk about matters that call for harsh judgments or recognition of failure. But some things are too big to hide or explain away, and so in the end I think voters will decide by a whisker for change.

This article sounds like someone with a compulsive Bush twitch. You can throw plenty of blame GOPward but there's blood enough to go around. They weren't the ones covering up everything Fannie/Freddie did wrong and pushing it to make even more risky loans.

I think the harsh judgement he wants will be delivered in about nine days.

A government is just a representation of the electorate, not a separate entity that manipulates the electorate for its own uses. Kerry & Gore would have started the same wars & had the same economic policy.

Good analysis. If Obama gets elected (I hope he does), he will probably not be able to fix the disaster left by the bushies...it's too much of a mess. If McCain wins, the decay of the Roman empire (oops, excuse my freudian slip) will just accelerate....

"...Kerry & Gore would have started the same wars & had the same economic policy."

It is quite clear that the war dynamics would be much different; they might have gone into Afghanistan, but they certainly would not have gone into Irak. As far as economic policy is concerned, it's true that it may not have been that different (differences in details perhaps, but not fundamentals).