its cold right now in the northern hemisphere (even in austin), but the earth is closer to the sun today than it has been for the last year! this position is called perihelion. the earth's orbit around the sun is very nearly circular, but not quite. the image below shows circular orbits as dotted lines for mercury, earth, and mars... and the actual, elliptical orbits as solid lines.

you can see that the earth is very close to having a circular orbit (e = 0.0), but its slight eccentricity (e > 0) means that there is a point during our year where we are closest to the sun - today! happy perihelion!

intuitively, one might think that we would be closest to the sun during the hottest part of the year. but remember that the seasons are opposite for the northern and southern hemispheres. the reason for earth's seasons is because of the tilt of earth's spin axis relative the plane through which we move around the sun.

the effect of the changing distance between the earth and the sun, in combination with the earths spin axis, reveals itself by the analemma - the figure 8 pattern that the sun makes across the sky. the image above results from combining images taken at local noon on various days throughout a single year (see a movie here). 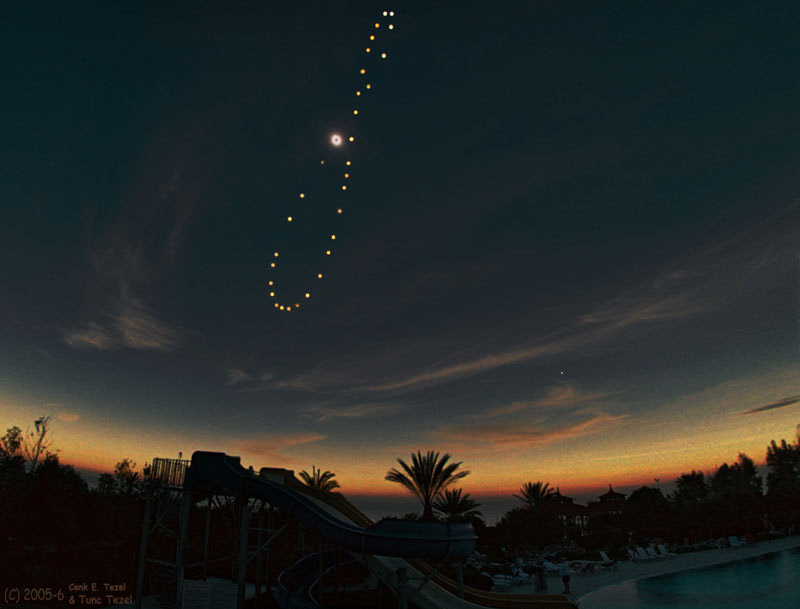 the point when the sun is highest in the analemma (and abve the horizon) is the summer solstice, and the lowest point represents the winter solstice. the rising and lowering of the sun's position in our sky is caused by the earth's tilted axis. the width of the analemma and the fact that the top loop is smaller than the bottom loop are due to the ellipticity of our orbit around the sun... the earth moves more quickly through space when we are closer to the sun in our orbit.

so what do analemmas look like on other planets in the solar system? here's a digital illustration of the martian analemma: 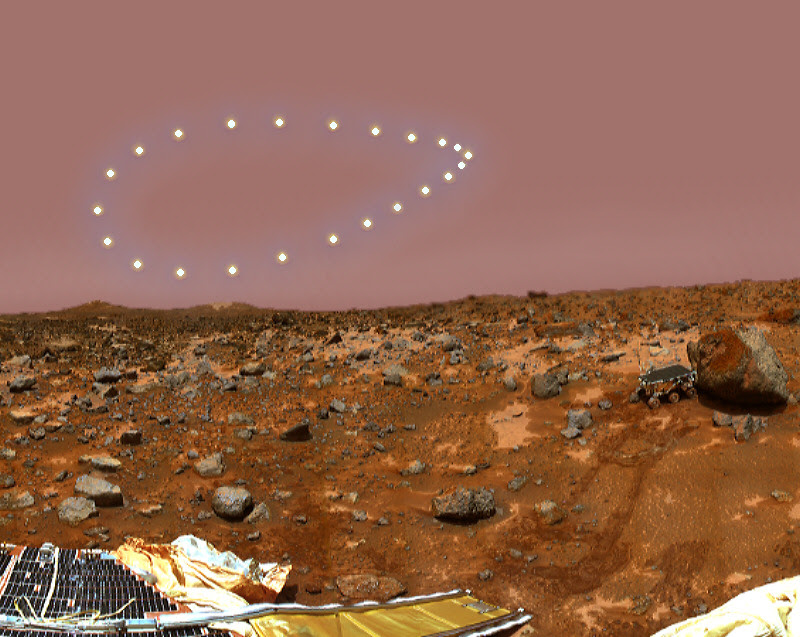 each planet has a different shape to its analemma because each planet in our solar system has a unique combination of axis tilt and eccentricity of orbit. to explore the analemmas from other planets, i send you off to analemma.com which has some very interesting, and slightly disorienting, videos!

"intuitively, one might think that we would be closest to the sun during the hottest part of the year."

I simply loved this. It's breathtaking... and each time more happy by the fact that I will be soon studying astronomy as my career!

And, yeah, unbearable temperatures here in Chile, too...

Interesting & informative and stuff ^_^ And with pretty pictures too.