planets and the perseid meteor shower

tonight and the next few nights, the solar system treats us to the lovely sights of the perseid meteor shower. go outside and enjoy nature's display of meteors as the earth passes thru the interplanetary debris left by comet swift-tuttle. 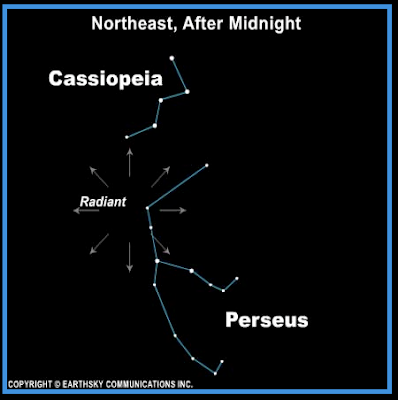 you can also see where other people on earth have seen perseid meteors fly across the sky, or report your own sightings, via twitter, to help with the online project meteor watch.

even if you don't want to relax peacefully waiting for the meteor shower, you can pop out to see some excellent planetary alignments over the next few nights as well. venus is the super bright object in the west, and a bit to the south. mars hangs just above to the left and saturn above to the right. the sliver moon passes below this planetary triangle tomorrow night, aug 12th and to the left of the group on the 13th. 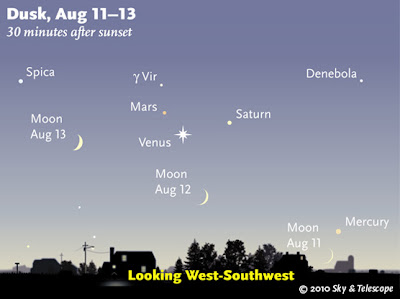