they have chosen the top astronomy pictures of 2007 at APOD. there are some great shots, but surprisingly, they dont overlap with phit plait's astronomy images of the year. good thing we're making such good use of our telescopes!

my favorite shot by APOD, was taken in march when the moon passed just in front of saturn, barely blocking some of the rings and the side of the planet! a grazing lunar occultation! 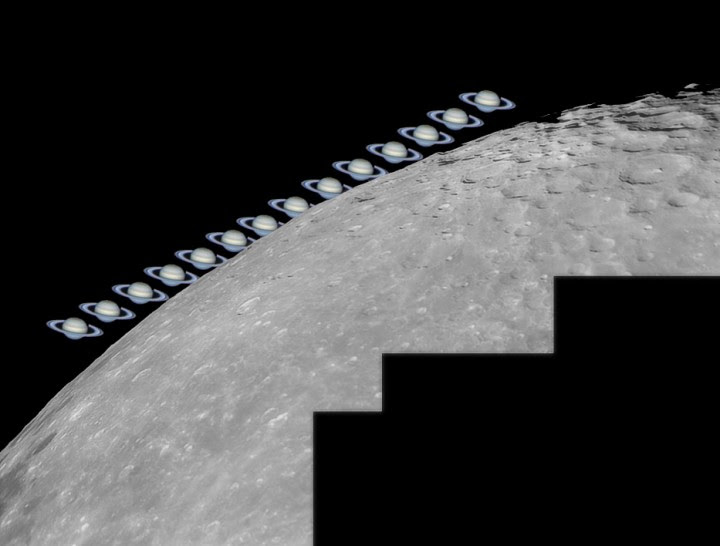 to create the above image, pete lawrence of digital-astronomy, took one shot every 90 seconds during the occultation.... the moon is moving pretty quickly! then he adjusted each image so the light from saturn and the moon would contrast each other nicely instead of the bright moon dominating the entire image. then he added the frames together for this wonderful composite image!

Does your location on Earth change how much of Saturn is occulted, or is the moon too far away for that to matter?

hi chuck.... it absolutely matters where you are on earth!

for example, tonight the moon will pass right in front of mars and only certain people on earth will be able to see the full occultation... here's a map... http://www.lunar-occultations.com/iota/planets/1224mars.htm