new horizons on jupiter and io

NASA recently shared with us this beautiful image taken by the pluto-bound new horizons spacecraft. the spacecraft flew by jupiter on Feb. 28, 2007, in order to use the large gas giant's gravitational field as a cosmic slingshot to the outskirts of our solar system. taking advantage of the closeness, folks at NASA spent time taking several images of of jupiter and its moons with the cameras on-board new horizons. below is a composite image of jupiter and the active moon, io. 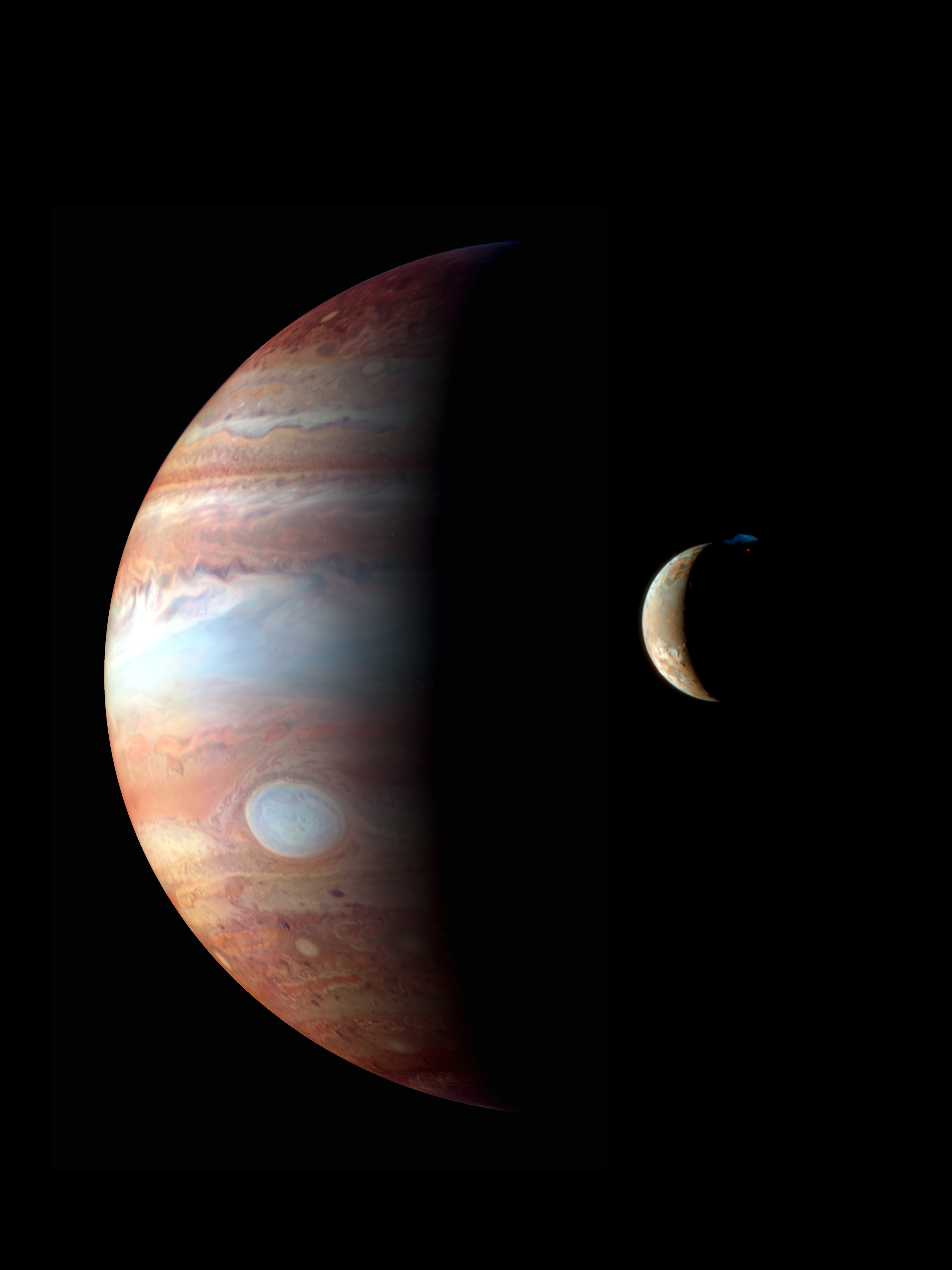 the image feels so calm, and quiet, yet jupiters surface is completely covered in raging storms! the larger sphere of jupiter shows the complex layering of the clouds that cover the planets surface in horizontal bands. the big blue circle shows the biggest single storm on jupiters surface, more commonly known as the "great red spot." the worst hurricanes on earth last a couple weeks as they travel across the surface.... imagine that jupiters great storm has lasted hundreds of years!! different filters collect light of different wavelengths, which are shaded different colors in the picture in order to distinguish the physical representations on the surface of the planets. in this image, the red represents the deeper clouds, while the blue shows the upper layers.

the smaller orb in the image is jupiter's moon, io. io orbits closer to jupiter than our moon is to us and as a result, its the most volcanically active object in the entire solar system. the image of io was taken on March 1st 2007 and was created to represent the "true colors" of the moon as we would see them with our eyes. at the top of the moon, where the dark night persists, you can see the sun illuminating the blue tip a huge plume of smoke curving up from the 200-mile-high eruption rising above the volcano Tvashtar!! the red dot just below shows the flowing lava glowing in the darkness! new horizons detected at least 36 actively flowing volcanoes on io, glowing in the infrared.