the whole set by simon page is great! 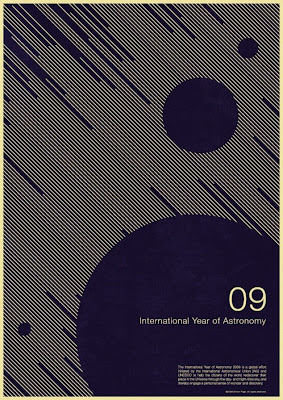 Why on Earth (or in Heaven) don't these posters contain *the* IYA logo with the two people looking up? It's the one recognizable thing about the IYA, and we've struggled for years to make it stick.

the official IYA is using these posters, i guess, but i'm not sure to what extent.

i dont think the lack of the IYA logo is too much of a problem now that we're well into november.

Thanks for adding my posters.

Daniel: I didn't design these posters for the IYA - these weren't an official design they were just part of a self-initiated project that the IYA picked up on afterwards.

All the best
Simon