US men's soccer team surprises all!

congratulations to the US men's national soccer team, who have made it into their first ever FIFA international tournament final!! the confederations cup is currently happening in south africa in preparation for next year's world cup! the US succeeded in pulling off one of the most incredible upsets in recent history by defeating the current european champions, spain, 2-0 in the semi-final wednesday night! as you can imagine - i'm thrilled!!

there has been some controversy about holding the world cup in south africa: doubt as to whether they could construct all the necessary stadiums, handle the massive number of people who will come to watch the games, manage the violence reported around the region, etc... but it seems at this point as though everything is coming together successfully!

the big picture has a nice series of photos from south africa over the recent weeks in honor of the confederations cup! 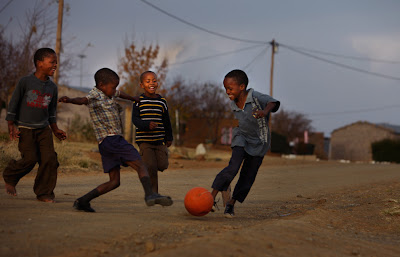 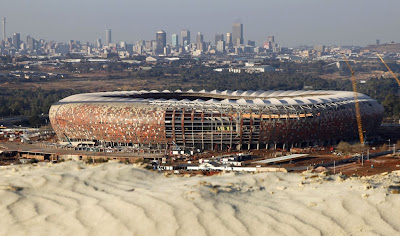 the final of the confederations cup will be played this sunday: the US against Brasil!!!

Final was close affair as well. I would have loved if they had held on to the 2-0 lead. Its shame that there is not as much public support to the team and its achievements don't make it to front page of newspapers and Websites :(

Wow, now if the American public would just notice....

what a great game that was. i was in happy shock at the end of the first half when the US was up 2-0, but i think overall its better that the US lost (2-3)! they will do better not to go into the world cup next year with the burden of big expectations on their shoulders!

... and poor brasil would never have heard the end of it!