the informative space.com put together a list of the top 10 most amazing things discovered by the mars rovers, spirit and opportunity. everyone likes their lists and i think it's great that there's finally one about my favorite robots!

items included on the list are the first meteorite ever found on another planet and the possibility that mars smells like rotten eggs from all the sulfur on its surface!! my personal favorite discovery by the rovers was definitely the blueberries! these are little ball-shaped rocks that were named for looking the blueberries in blueberry muffins. 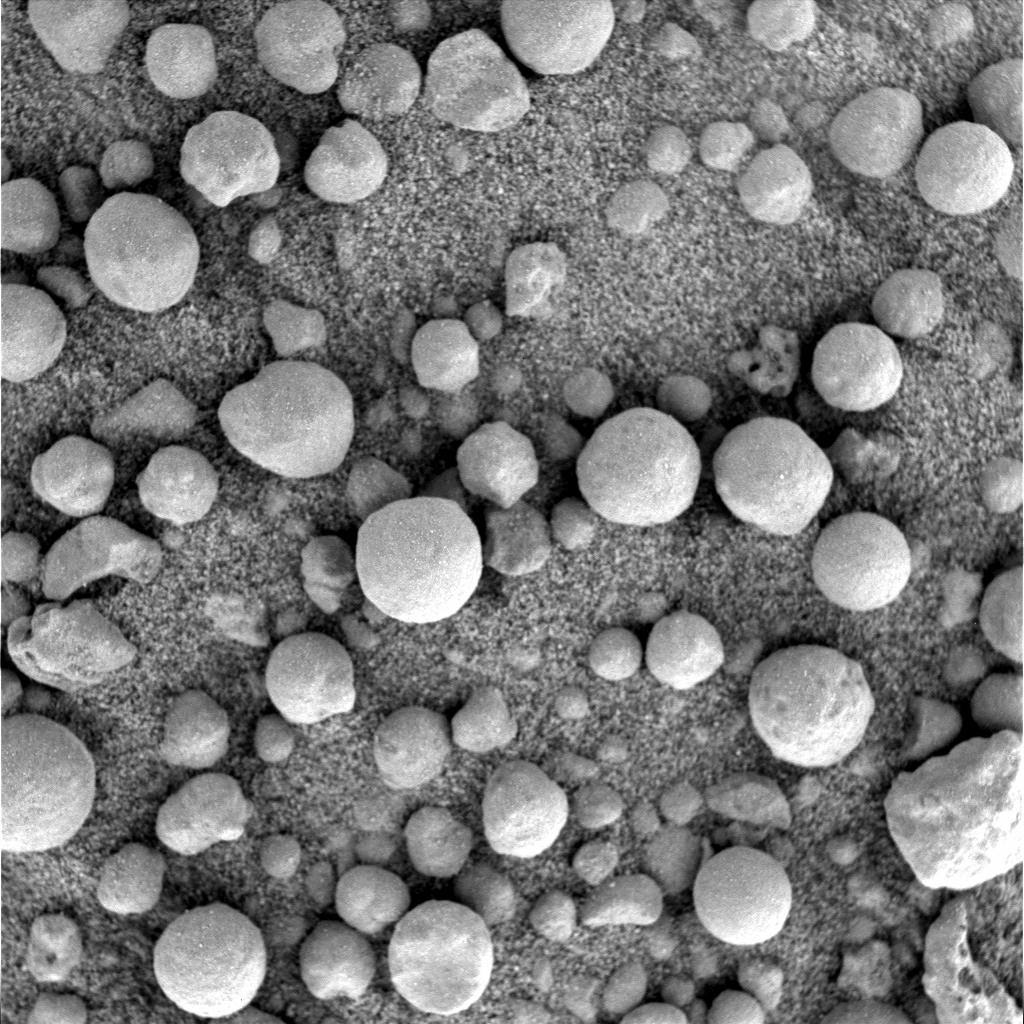 Scientists aren't completely sure what causes these little rocks to have such spherical shapes and pure contents, but they have a good theory. the BB-sized spheres are mostly made of hematite, an oxide of iron. if the martian spheres are formed similarly to blueberry stones found on earth in utah, then over time, water seeped through cracks, spaces and pores in the martian rock and dirt.... eventually, the water swept the materials (like iron and other minerals) to a different location with different chemistry. the iron flowing with the water reacted differently to the new surroundings and got stuck somewhere. over time more iron stuck, creating a layered spherical ball. weathering of the surrounding area after many many years blew away loose dust and left the erosion-resistant blueberries grouped together... as they were found on mars.

so this would mean.... that there was once flowing water on mars, which definitely deserves a number 1 ranking on the list!! 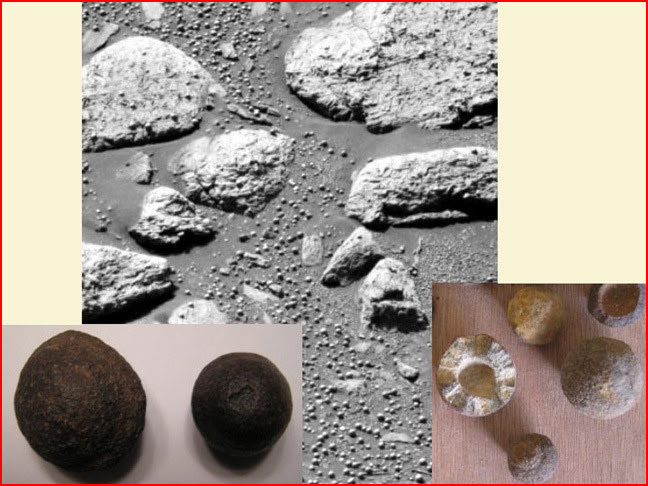 cool stuff. i havent read much more about these blueberries recently. anyone else seen articles about them dated later than 2004? anyway, neat top 10 list and finally some good press for NASA!