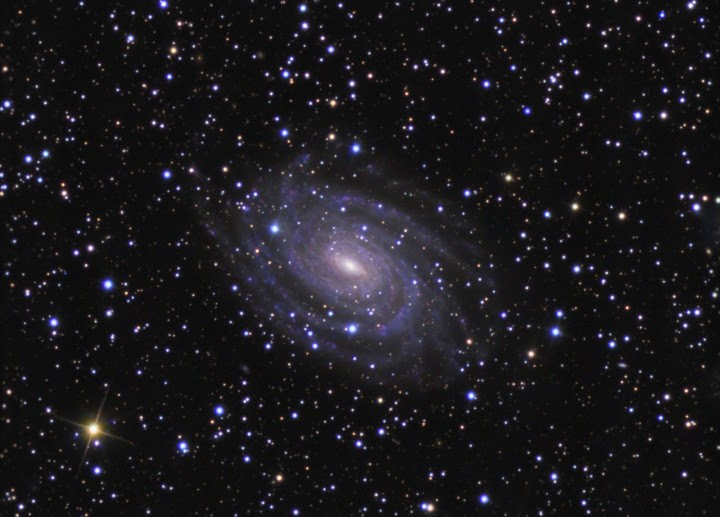 there are billions and billions of galaxies in the universe... too many to count... too many to really know the exact number... and too many to search for, find, observe, describe and classify by eye! that's why the new public classification "game" set up by chris lintott and others at oxford called the galaxy zoo is so super cool!!!

you can go and sign up for an account, look through a short and beautiful tutorial to learn how to classify galaxies and then search through the millions of galaxies in the sloan digital sky survey (SDSS) to help astronomers know which types of galaxies are actually out there in the universe! this task is such a brilliant idea... it's interactive and fun to participate and also, the human eye is a lot more skilled at finding subtle patterns in galaxy structure than computers are. when surveys collect so so much data, it's impossible to look at *every* image of a galaxy... even with droves of undergraduate** and graduate students to help! 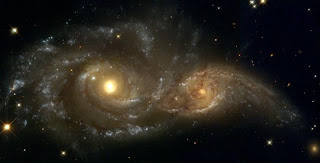 so.... go register at the galaxy zoo and get classifying!

** my favorite summer job as an undergraduate was working for SDSS. i moved up to chicago for 2 summers to work with the SDSS which occupies two floors of the main building at the FermiLab compound. my job at the beginning of each summer was to go through thousands of spectra and classify the objects by eye to test how well the automatic computer detection system worked. spectra are a bit less glorious than actual galaxy images, but i really enjoyed the work and can tell you the very detailed differences between a spectrum of G-type and an A-type star! i estimate that i looked through about 50,000 spectra during those two summers and enjoyed every minute of it.... i'm so glad these clever astronomers are now allowing everyone on earth to potentially have the same satisfying experience *while* contributing to the science of astronomy.