i spent halloween in the US this year, which i havent done for a long time.  this is such a fun holiday and the people in my sister's town, certainly get into it!

the kitty pooh was DELICIOUS! 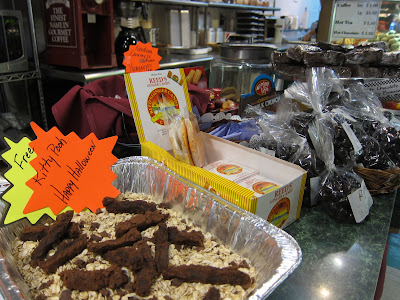 the hamburglar and i visited the school for their halloween parade.   probably for the best, the kids had no idea who the hamburglar is/was!  one confused kid asked if i was a skunk.   i went with it, since i only just wanted to wear the wig! 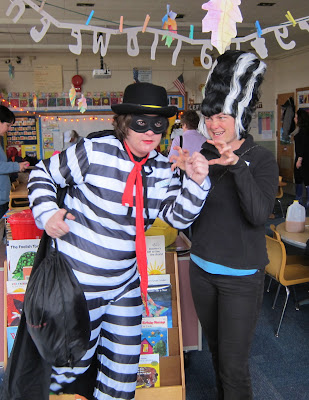 the homemade wall-e really stole the show, in my opinion. 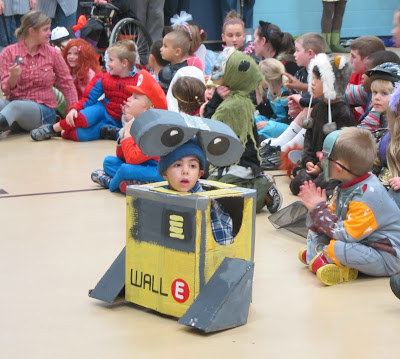 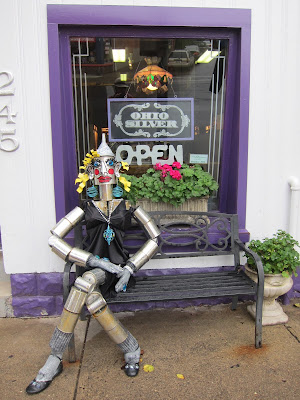 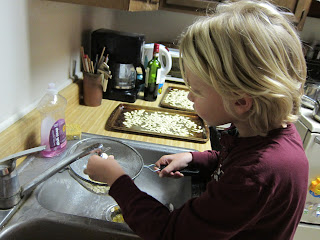 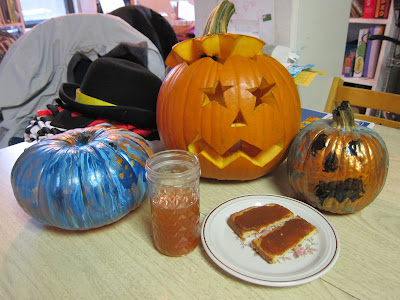 for dinner i made the kids "worms in dirt!"  (**recipe below)  everyone was skeptical at first, but then ate it right up, with my niece even asking "auntie, can i have some more worms?  i really like them!"   :) 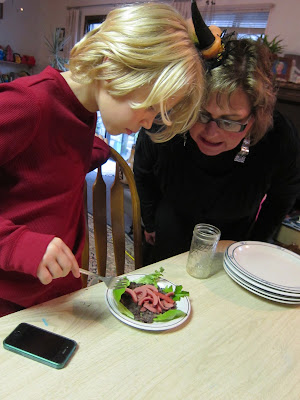 unfortunately, it was cold and rainy during the trick-or-treating hours, so we only made a quick trip around the neighborhood. 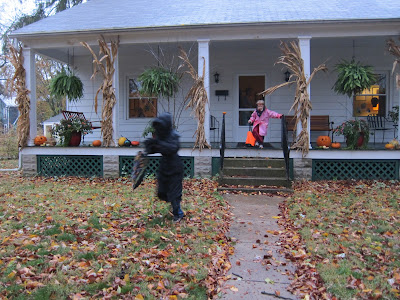 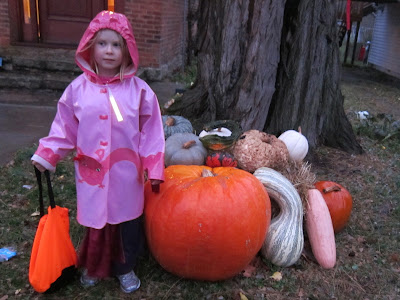 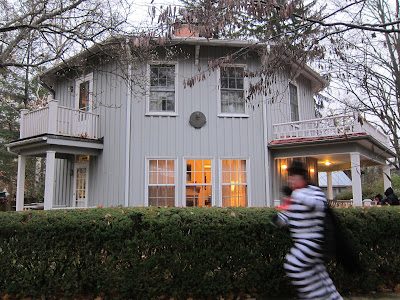 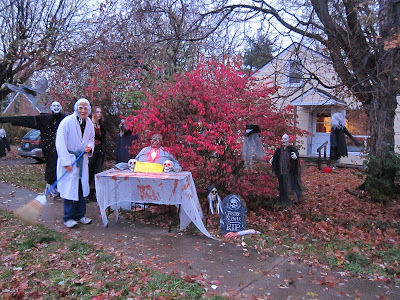 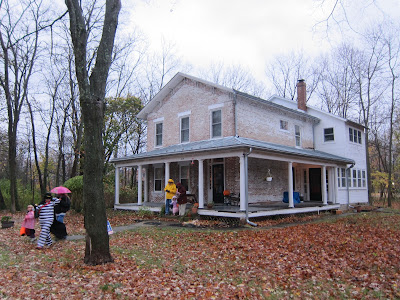 i was pretty amazed that she instantly found the pumpkin to color inside her sack and ripped it open before even contemplating the candy! 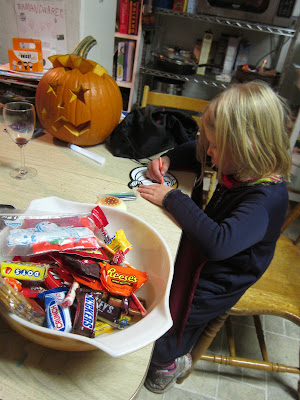 i rinsed a can of black beans then heated them with a splash of water in a pan.  i added a small bit of salt and roughly mashed them with a fork until it looked like a pile of dirt.   i cut up hot dogs in thin strips and then boiled for a couple minutes.   they curl up in the water!