i was in perth, western australia last week for a GAMA group meeting. i stayed for some of the weekend to do a bit of exploring as well. during my last visit, i went north to see the pinnacles. this time, i went west to explore rottnest island.

the oddly-named island is just another ridiculously gorgeous coastal part of australia - this time with ship wrecks, a massive osprey nest, and quokkas, in addition to 63 beaches!

cars are not allowed on the 11 km wide island, so we rented some bikes and rode all around. that's a lighthouse in the background, although it almost looks like a shuttle launch pad from this distance! 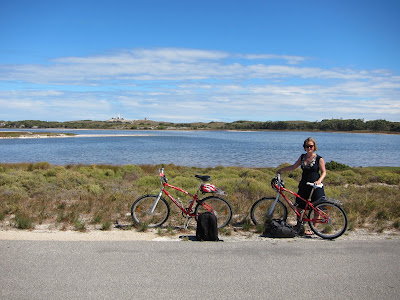 we rode a lap around the island and then came back to this spot to swim. to the left in the photo below is a rusted old ship wreck. before jumping in, we watched two dolphins jump around in the water along the coast! 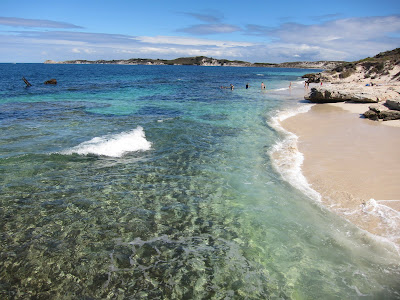 there have been an unusually high number of shark attacks off the coast of western australia over the last year, but there were still surfers out in the waters.

we also spotted a huge osprey nest on top of this tiny rock island! 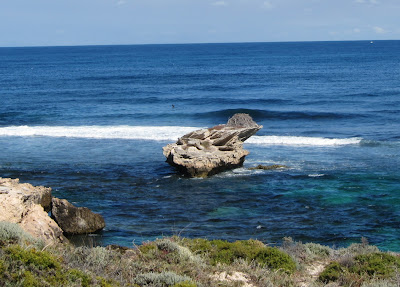 luckily, the air was calm during our visit, but the wind can get VERY strong, as demonstrated by these permanently bent and stripped trees! 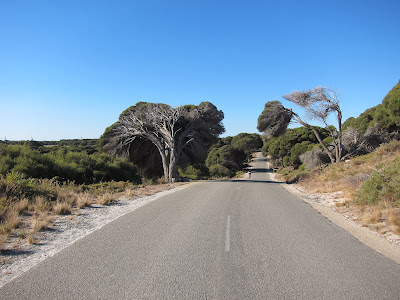 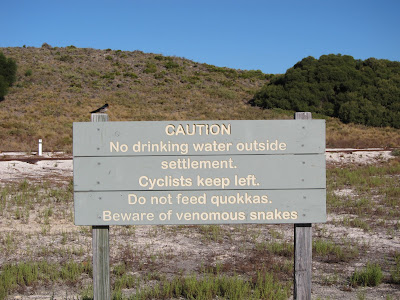 what are quokkas, you ask?


they're funky little rat/kangaroo marsupial creatures that are the size of big cats (or small dogs) and live almost exclusively on rottnest island. 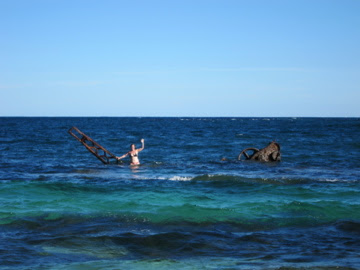 Wow, these pictures are just fantastic. What an amazing place to get to experience!

The biker hotty definitely does not look rottn.

never seen a Do Not Feed Quokkas sign before