here are some fantastic images of saturn that i received from a friend and/or from the jpl cassini website. these images were taken by the cassini space craft using red, green and blue spectral filters then combined to create natural-looking photographs.

i absolutely love the details of the atmosphere that you can see above the shadow of the rings! 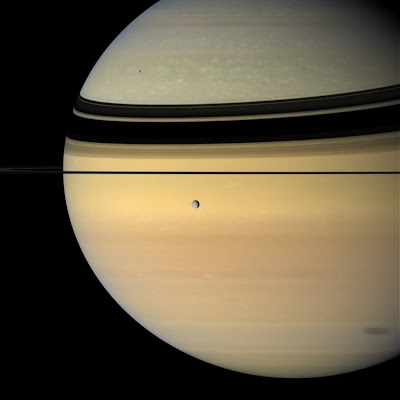 the above image shows some cool seasonal features of saturn. the northern (upper) part of saturn is currently experiencing winter and is therefore cooler on average as it is turned away from the sun more than the southern part. in the northern hemisphere, above the ring shadow, you can see the detailed structure of the gas deep down into the atmosphere, whereas you cannot see such structure at the equator or in the southern hemisphere. this is likely due to two effects: the higher temperatures at the equator and the south, and also the reflection of sunlight. we can see some structure in the southern atmosphere, but it is mostly flushed out by scattered sunlight. photons that reach saturn from the sun are bounced around off the particles high up the atmosphere and reflected back out in all directions. this makes it harder to see the deeper layers....

like when you turn your bright lights on while driving thru fog: you quickly realize you can actually see less than if you just have dim lights on! 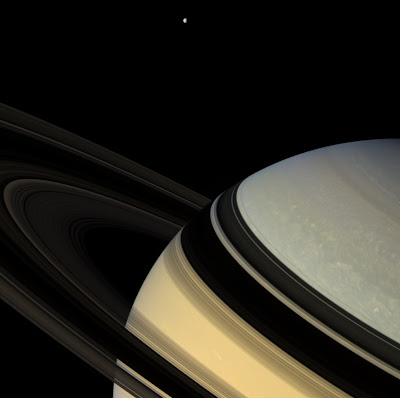 here are some great images of the saturn's moon, iapetus. iapetus has a crazy, unexplainable bulging waistline that hasnt been seen on any other planet or moon in our solar system. 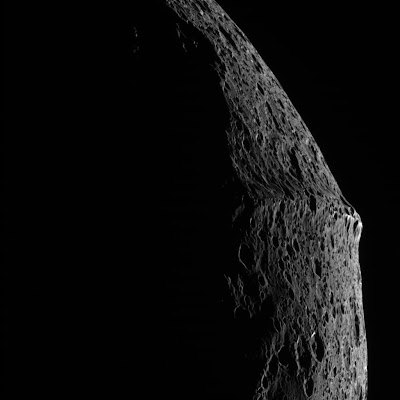 iapetus is saturn's third largest moon and has a lot of craters. the big crater near the bottom is about 500 km across! this moon is locked in synchronous rotation with saturn, meaning the same side is always facing the planet (just like our moon - we always see the same side of the moon!). it's not really understood why iapetus has such a strongly 2-toned surface! 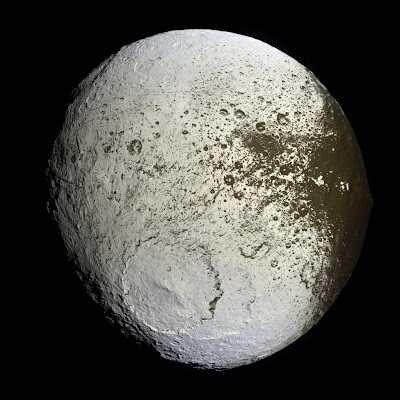 Amazing pics.. thanks for sharing