this week i'm about 6 hours west of sydney near a town called parkes where the 64-meter parkes radio observatory lives. 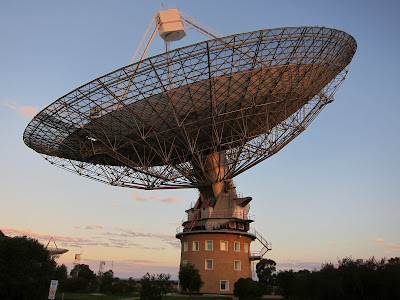 parkes is featured in an australian film called the dish that was released in 2000. the movie didnt do very well in the US and i have to blame poor advertising, because it's a great movie! if you havent seen it, i highly recommend it! it's definitely one of my favorite science-y films and it fantastically highlights hilarious australian humour! here's a trailer:

they shot the film on location and used the original control room, which nowadays looks like this: 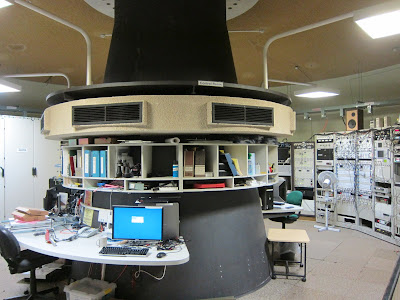 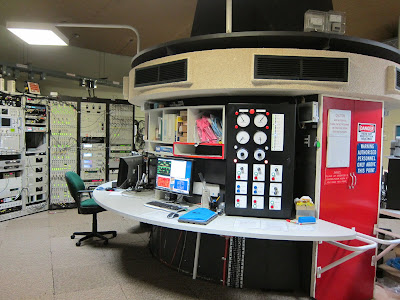 that room still houses the correlators and computer equipment, but is no longer where astronomers sit to control the telescope. instead, we sit one floor below. here we are in the current control room, watching the dish under the dish late on my first night of this observing run! 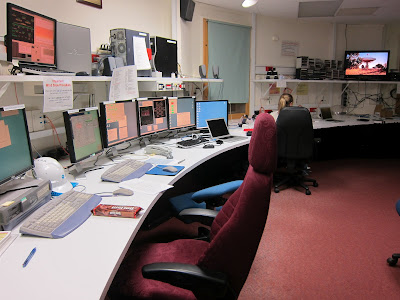 an interesting safety feature of operating this telescope these days is this device. 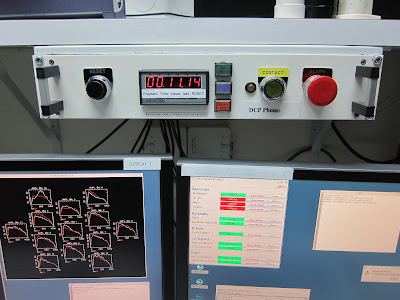 the counter goes up to 15 minutes and some time before that happens, you have to push the green button or else a very unpleasant alarm goes off and a whole series of automated safety precautions is activated! it's kind of a fun game on these long observing stretches, as radio observations do not require much work at all compared to using optical telescopes! and the whole process reminds me of the tv show lost.

and yes, when i visited the dish last year i got to go on a hayride! 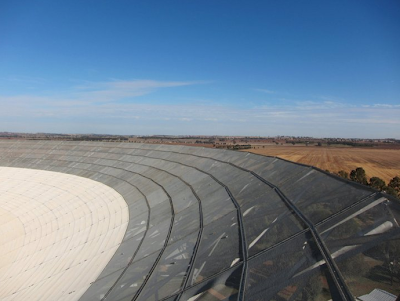 It was such a big deal for them to relay a signal. Nowadays, Americans are as ecstatic to be the relay for Russia's missions.

That was a delightful movie.