we can't always take ourselves too seriously, and the universe likes to remind us of this sometimes.

which is why i'm sharing with you one of the best astronomical follies i've come across in recent times. today someone brought to my attention a recently-submitted research paper on hickson compact group 31, a group of small galaxies gravitationally interacting with each other. the paper shows an image of the galaxies in a way i've not seen before: 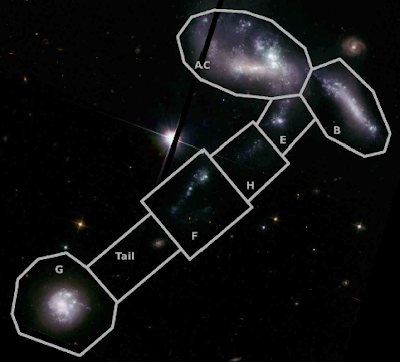 hahaha! and if that wasnt blatant enough, they changed the color scale and showed the image again later on in the paper! 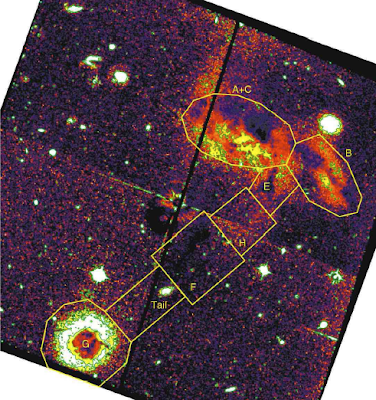 this is not the only unintentional astronomical knob gag i've seen... the radio image below of the well-studied galaxy, M87, reveals "spectacular and complex structure" in the galaxy that is 50 million light years away. 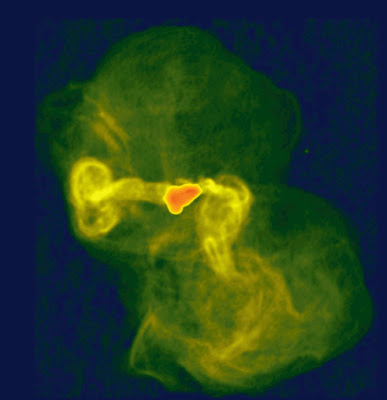 and last but not least, this is an artist's impression of the XMM-Newton telescope: 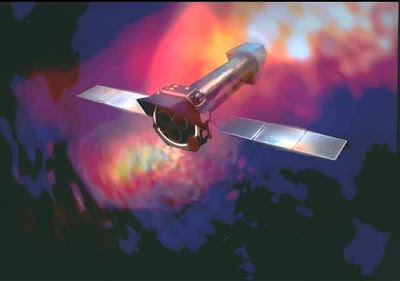 i guess i'll never be too old or "professional" to enjoy a good knob gag! do you know of any others?

a fellow astronomer, who writes at dark matter sheep, shared with me his image of the cone nebula. here is the published pretty picture, which is pretty good: 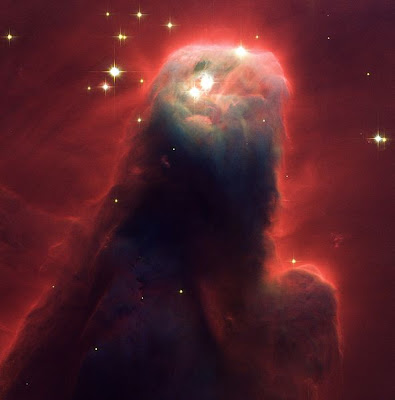 here is the version my friend accidentally created in an attempt to make a mosaic. the image caused them to rename the cone nebula: the "knobula!" 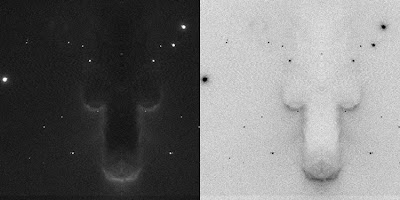 telescoper peter coles, who writes at in the dark, has kindly contributed this image of the actual XMM telescope (most phallic design ever?): 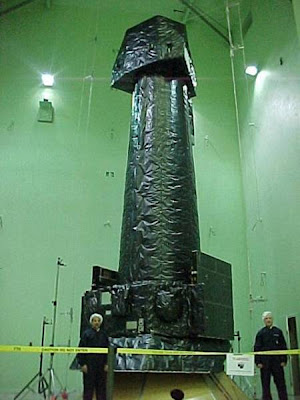 "You'll be interested to see these massive space cocks known by astronomers as Herbig Haro objects... this one's even animated!" according to the wiki page, herbig haro objects "are formed when gas ejected by young stars collides with clouds of gas and dust nearby at speeds of several hundred kilometres per second." couldnt have said it better myself!

"no list is complete without Smolčić et al. 2004." indeed. this isnt an actual telescopic image of an object in the universe, but it certainly fits in with today's phallic friday theme! the graph shows the "colors" of thousands of stars. a color is the difference between the light output in one imaging filter compared to another. 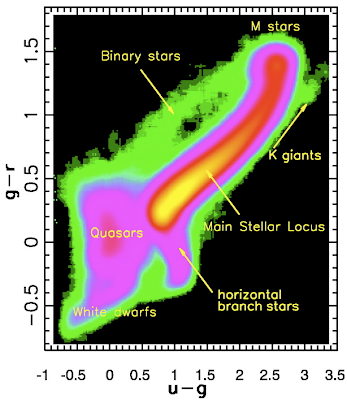 we've had an entry from an astrochemist, which i'm going to allow. he explains "Seemingly, these two large molecules experience strong interactions between each other. In solution, they like to pair up and... self organise. To quote the paper, one of these molecules requires "the presence of suitable partners.""

"There is also the Planetary Nebula Spectrograph, or PNS. The logo looks phallic enough but they actually call it the P-N-S just to make sure..."

andy lawrence writes, "The only suitable reply I feel is John Peacock's redshift space correlation function, which you can find at this link. I think you will agree that it reminds one of something that goes nicely together with those cosmic phalli."

this is science people! and i'll point out that most of the contributions to this post have been made by professional astronomers, well beyond graduate school levels of academia. this post also brings a whole new connotation to the slogan of astropixie which has always been "i prefer the hard truth, not a comforting fallacy."

That was my running commentary through the whole post.

The only suitable reply I feel is John Peacock's redshift space correlation function, which you can find at this link. I think you will agree that it reminds one of something that goes nicely together with those cosmic phalli.

There is also the Planetary Nebula Spectrograph, or PNS. The logo looks phallic enough (see link below) but they actually call it the P-N-S just to make sure...

Looks like it's time to rent a copy of "Flesh Gordon"...

I think someone has a case of galaxy envy.

Another phallic nebula is this dark cometary globule:
http://www.robgendlerastropics.com/Darktower.html

Its amazing where pareidolia can take you!

I think Cosmic Variance has been playing this game too:

I'm just getting into astronomy and galaxies, fascinating stuff here.

Even Deep Space has a sense of toilet humor!

I've always been a bit of a fan of the "God's Gesture" nebula (just beside the Keyhole).

Have you come across the SExtractor?
http://www.astromatic.net/software/sextractor

It runs with the syntax

or the STIFF 2.1 ... another astronomical pipeline software :D

Hi again, that is the link (using Google Translator) to what I wrote about HCG 31 last year: http://translate.google.com/translate?u=http://angelrls.blogalia.com/historias/66132&langpair=es|en&hl=es&ie=UTF-8&prev=%2Flanguage_tools.

I hope it works!

Check out this beautiful Freudian nebula shot by Martin Pugh. Click the image for full resolution.

Don't forget the USGS Planetary GIS Web Server (http://webgis.wr.usgs.gov/) that has the official name "PIGWAD" right here on there on the home page.

Ever since I worked at Uni of Qld, I've had the hots for Female Astronomers (She knows who she is..) Seems the Universe does too!

Space the final frontier,,, and from that show the great George Takei. Famous for his catch phrase on the Howard Stern Show, "Oh my!"