annular solar eclipse - on the news!

there was an annular solar eclipse this morning, visible along a thin strip in northern australia.  luckily, most of australia could see the sun partially blocked by the moon, and i went on live TV to talk about the event to ABC reporters!

big thanks to henry lee for putting together the above image, which includes a screen shot of the ABC news program and a pinhole camera shot of the partial eclipse in progress.

after my news spot, i rushed outside with my eclipse glasses to see the event for myself.  here's a shot of the maximum partial eclipse that we could see in sydney. you can see a dark sunspot near the top of the sun!

last night i made a simple pinhole camera to play with today, by poking holes in a postcard.  if on any day you poke a small hole in a piece of paper and project sunlight through the hole onto a surface, you will see a small circular image of the sun.  normally the image of the sun will be circular (because of the shape of the sun, not because of the shape of the hole!), but during an eclipse, while the moon is eating away at some of the sun, the projected image looks like little pacmans.  do you see them? 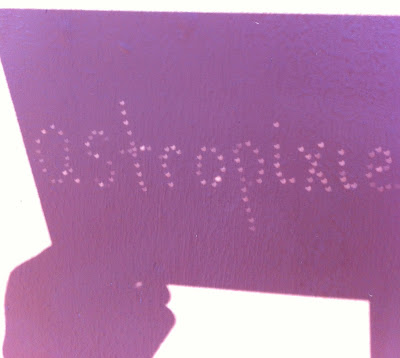 so far my favorite photo of the event comes from sydney astronomer and photographer geoff sims, who traveled out to western australia to capture the distorted, squishy sun as it rose just above the horizon, covered by the moon.


and finally, a peaceful shot of the eclipse over the ocean.

We have the same mane, for the moment.

I'm sorry to tell you, you look fantastic!, you might have to inaugurate a position for "science anchor" or something.

You're welcome, Amanda; glad things worked out! And by the way, Eva's comment is "teh awsumz". :)