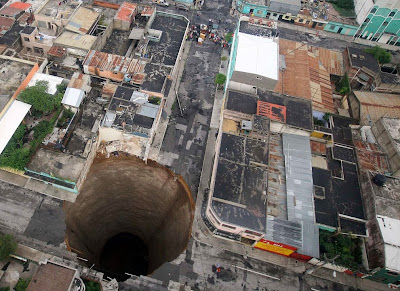 these things have formed before, could easily occur again, and maybe shouldnt be called sinkholes.

Makes you want to keep a heroine nearby to keep you from falling into those.