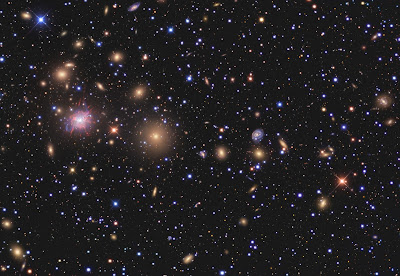 at the galaxy fireworks meeting a few weeks ago on hamilton island, andy fabian gave an excellent talk showing evidence that the super massive black hole in massive galaxies continously inputs energy into the surrounding gas, like the bubbles that rise from a filter placed in an aquarium.  it is unclear how this process can keep working over several billion years, but this scenario matches the observations much better than having just a few, isolated black hole feedback events.