if you set your camera still and leave the shutter open to capture a long exposure, the earth will rotate around its axis and the stars will move around that axis, creating bright lights behind them.  this technique produces gorgeous great circles of light in the sky, as demonstrated in this colourful image.

but in another image by lincoln harrison, he produced star trails that do not make great circles, but appear to fan outward.   how is this possible? 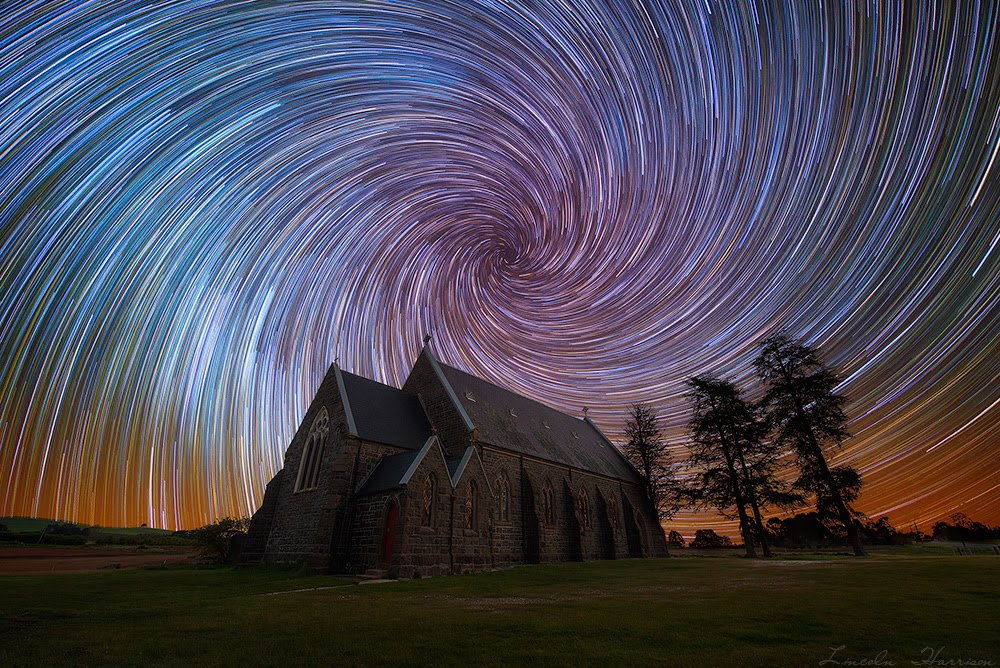 i havent actually talked to the photographer about his techniques, but i think he set up a dolly that slowly moved the camera toward the church during the exposure(s) used to create the final image.  then used a single shot to get the foreground in focus.  wonderful effect.

and then what about this one? 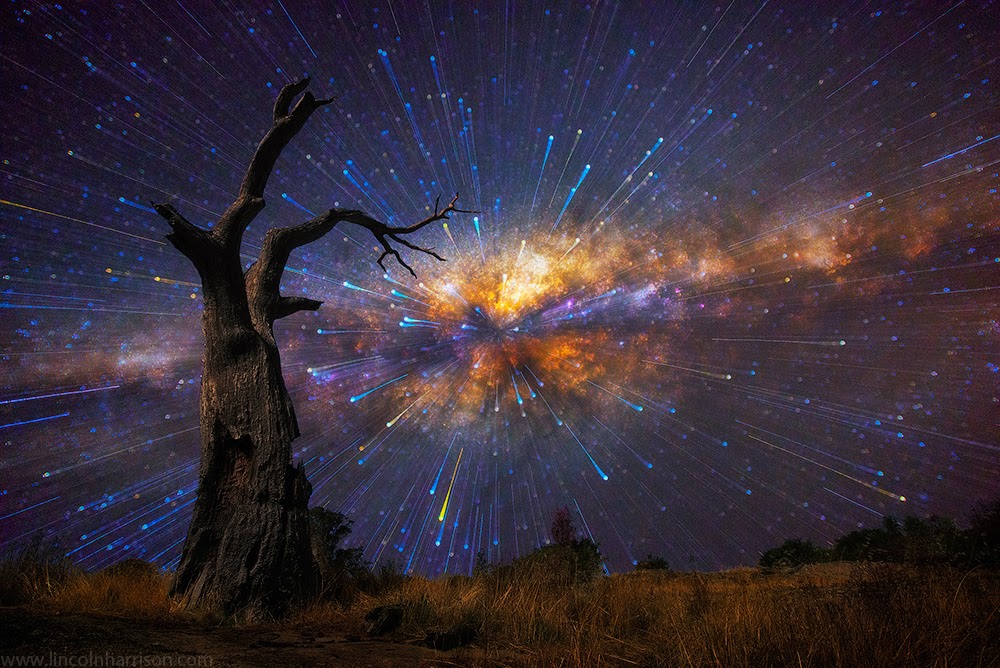 i'll leave that one for you to figure out.   what a lovely series of shots! 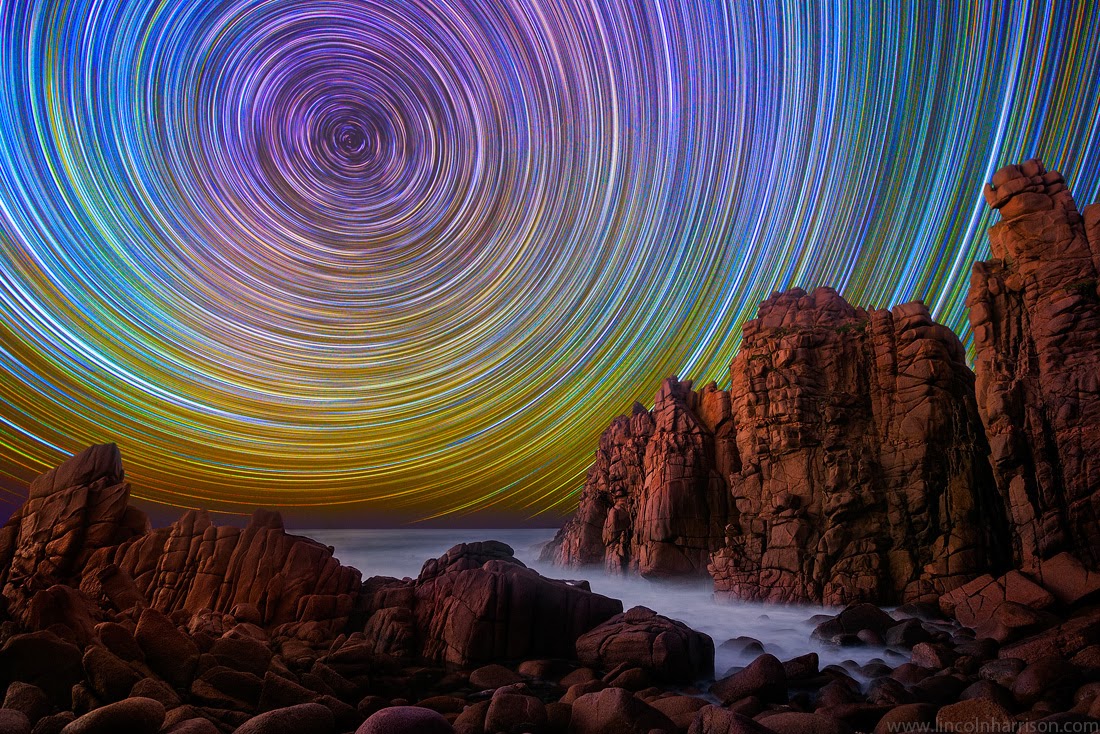 I see from the photographer's website that he's into image stacking using Photoshop.
My best guess is that the "star burst" image was achieved by stacking multiple images taken while zooming into the Milky Way, plus either increasing the exposure time of each image during the zoom or more likely by increasing the brightness of each successive stacked image.

I’m thinking that photographer uses a diffractive comb and he profits the log exposition of stars to get an extended light source, and more when I see the moiré effect in light sky patterns.
Thinking better to make a diffraction without temporal coherence may be more difficult but photo is do it, and iridicence could be this diffraction extend in time.
Beauty