the forecast called for rain, and how wonderfully wrong they were.

the morning looked a bit cloudy in my neighborhood, but i decided to grab a ferry for the coast anyway. 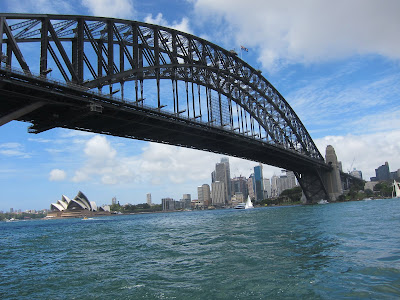 there was a volleyball tournament on the beach! 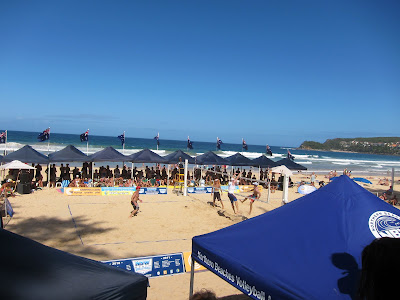 after a tasty brazilian feijoada for lunch, we decided to walk to that little beach off in the distance. 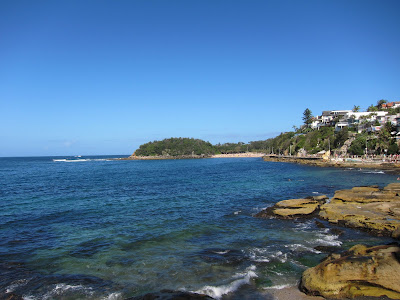 we spotted a big lizard along the way... 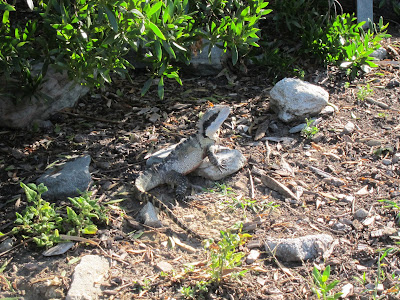 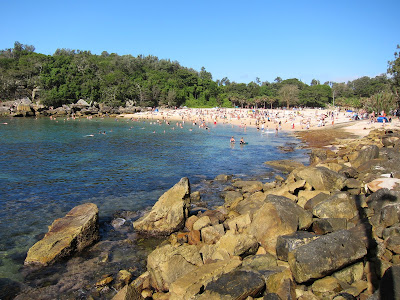 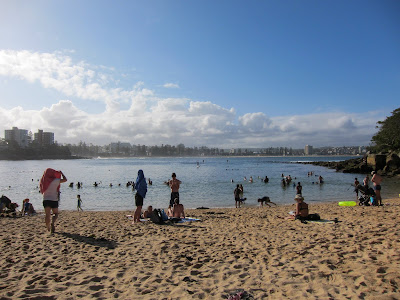 one thing i like about australia is that matters are not complicated by subtlety or suggestion. no, they are presented in an upfront and honest manner. for instance, when i first heard of shelly beach, my passing thought was that maybe it was named after a historic person named shelly who lived in the area and achieved something special.

and then i visited the beach today. as i walked into the water, i realized my feet were becoming quite sensitive because the sand went from very small granules to increasingly larger chunks of broken shells. i thought to myself "wow, there are a lot of shells here! oh right, shelly beach is... shelly!" 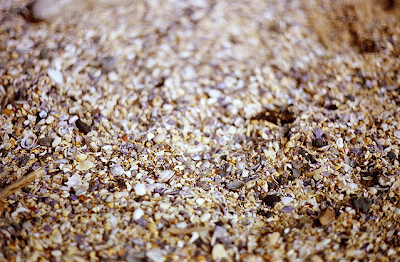 when i lived in england, i felt like there was always some deeper, hidden, clever meaning to everything and i was constantly on the look out so as not to miss the subtle joke. the british take great pride in their humour, even moreso when people "dont get it." actually, i just found this quote about the english and their use of understatement from the "Humour Rules" chapter of Watching The English, by Kate Fox, which explains it all very well.

anyway, in australia, understatement is not commonplace. they call it like it is. shelly beach has a lot of shells. es ist wie es ist.

i like not feeling as though i'm always missing something!