a collection of the best microscopic images of 2008 have been put together at national geographic! my favorite is the glowing-hot carbon nanotube factory: 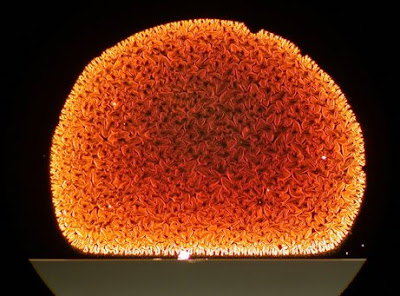 Glowing-hot carbon nanotubes form an expanding orange ball in this image by Paul Marshall of Canada's Institute for Microstructural Sciences, a winner in the 2008 Small World photomicrography competition.

The nanotubes are elongated, hollow cylinders of carbon atoms. To make a carbon nanotube--just 1/50,000 the width of a human hair--a piece of carbon (graphite) must be heated, for example by lasers or electricity. And sometimes, Marshall says, the heated mass of nanotubes grows like a bulb in the spring."

interestingly, the image reminds me of another object that contains glowing-hot carbon that is much much MUCH bigger: our sun! this is an image of the sun *today* from the SOHO spacecraft. 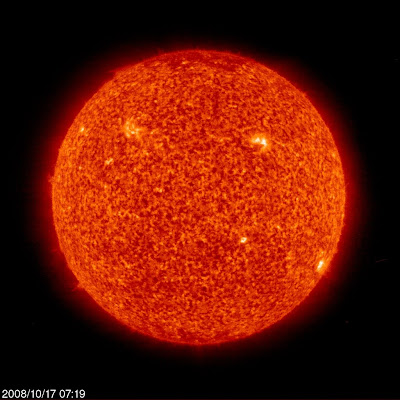 specifically, i'm amazed at the similarity in the structure of the carbon nanotubes and the pattern of solar granulation seen at the "surface" of the sun. this image shows a sunspot and the surrounding granulation wth an image of the earth superimposed to give an idea of scale (you can fit about 100 earths across the diameter of the sun). 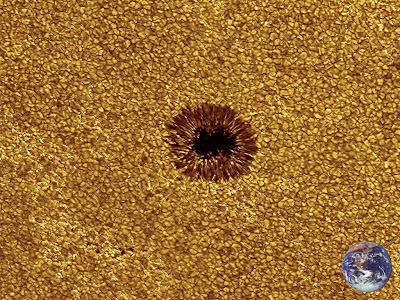 cool! I'm endlessly fascinated by the similarities and differences between the very large and the very small.

sorry i couldn't help it.

i was googling for granulation pics for a talk. i bet i can make people buy that the nanotube image is the sun's surface, the theorist will fall for it for sure :)