this weekend marks the 4th anniversary of the invasion of iraq. since march 19, 2003, 3218 members of the american military have died... 2619 of those in combat. Over 24,000 injuries have been officially reported. How many iraqi's have died? some estimate over 60,000, but it's very difficult to know for sure.

i feel numb to these numbers. somewhere they started to lose their meaning. i'm disappointed in myself when my eyes glaze over the news headlines that read something like "x US soldiers die in iraq from car bomb." 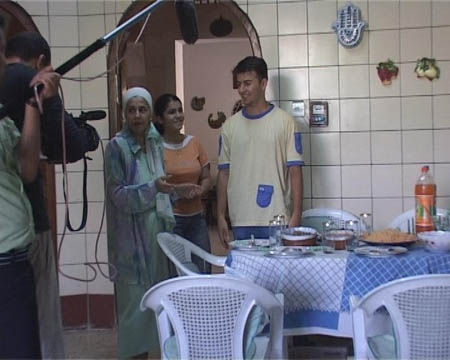 maybe this is why i'm so intrigued by a new documentary series called "hometown baghdad". the series follows three men in their 20s - Adel, Ausama and Saif. the first three episodes were released today... on the 4th anniversary. i watched them at salon.com video dog and soon they will be shown on youtube for maximum exposure. from what i've seen so far, these documentaries deserve as much exposure as possible. i'm very curious as to the story they will tell....